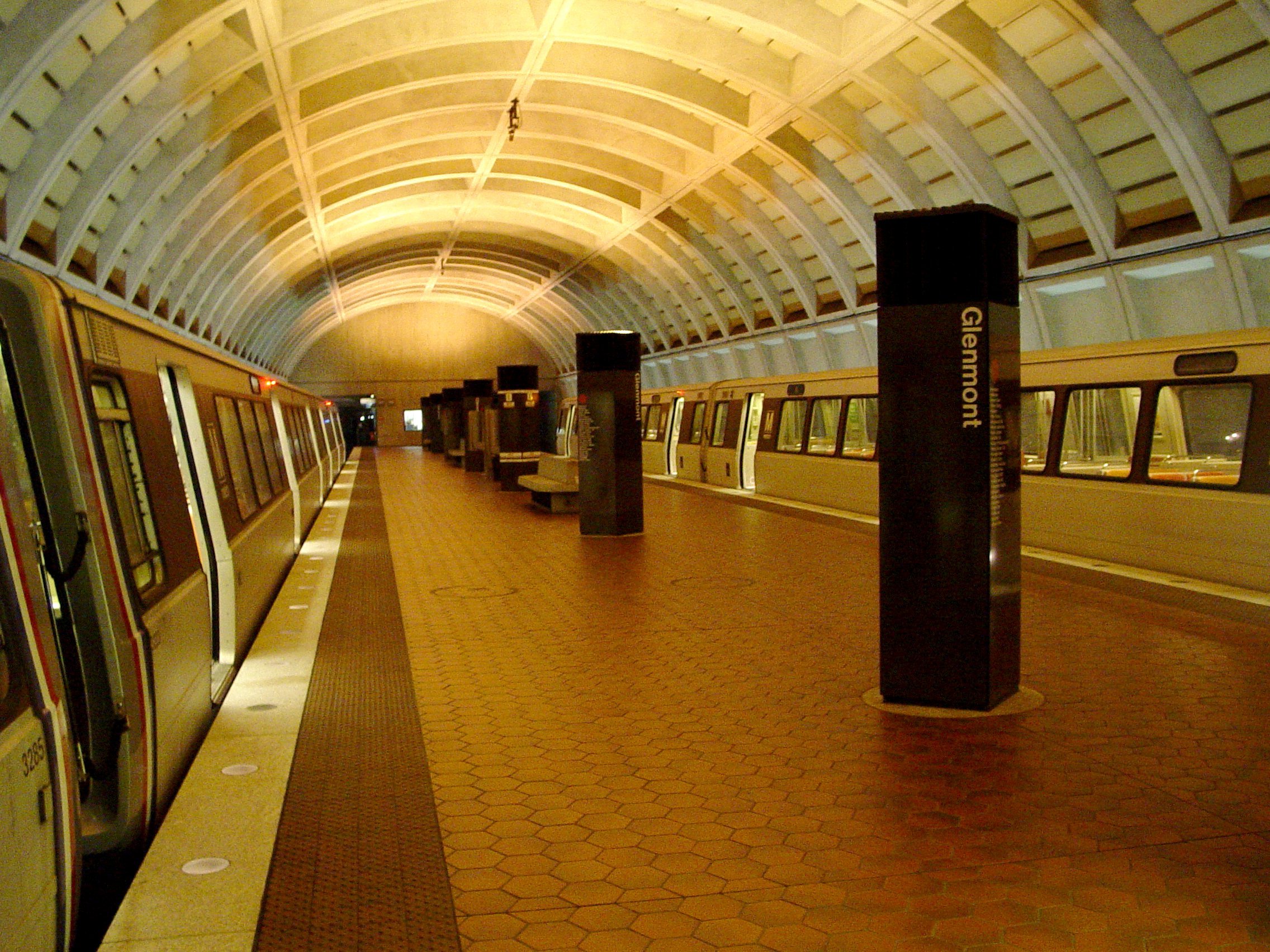 Glenmont is a station in Montgomery County, on the Red Line. This is the northeastern terminus of the Red Line.

Glenmont is the only station on the Red Line to feature the six-coffer arch design. The six- design is also seen on the Green Line. Until recently, Glenmont was also the only station in the system lit with sodium lamps, which gave the station a warm orange glow. These sodium lamps were replaced with the mercury vapor lamps found in other underground stations in early 2006.

There are two entrances for access to Glenmont station. They are on both sides of Georgia Avenue (MD-97). Unlike older Metro stations, there are two street elevators, though there is only one platform elevator. Many bus routes also serve the station. routes C7, C8, C9, Y5, Y7, Y8, and Y9 serve Glenmont.

The station, located at and Layhill Road, serves the s of Glenmont and Aspen Hill. Service began on , .