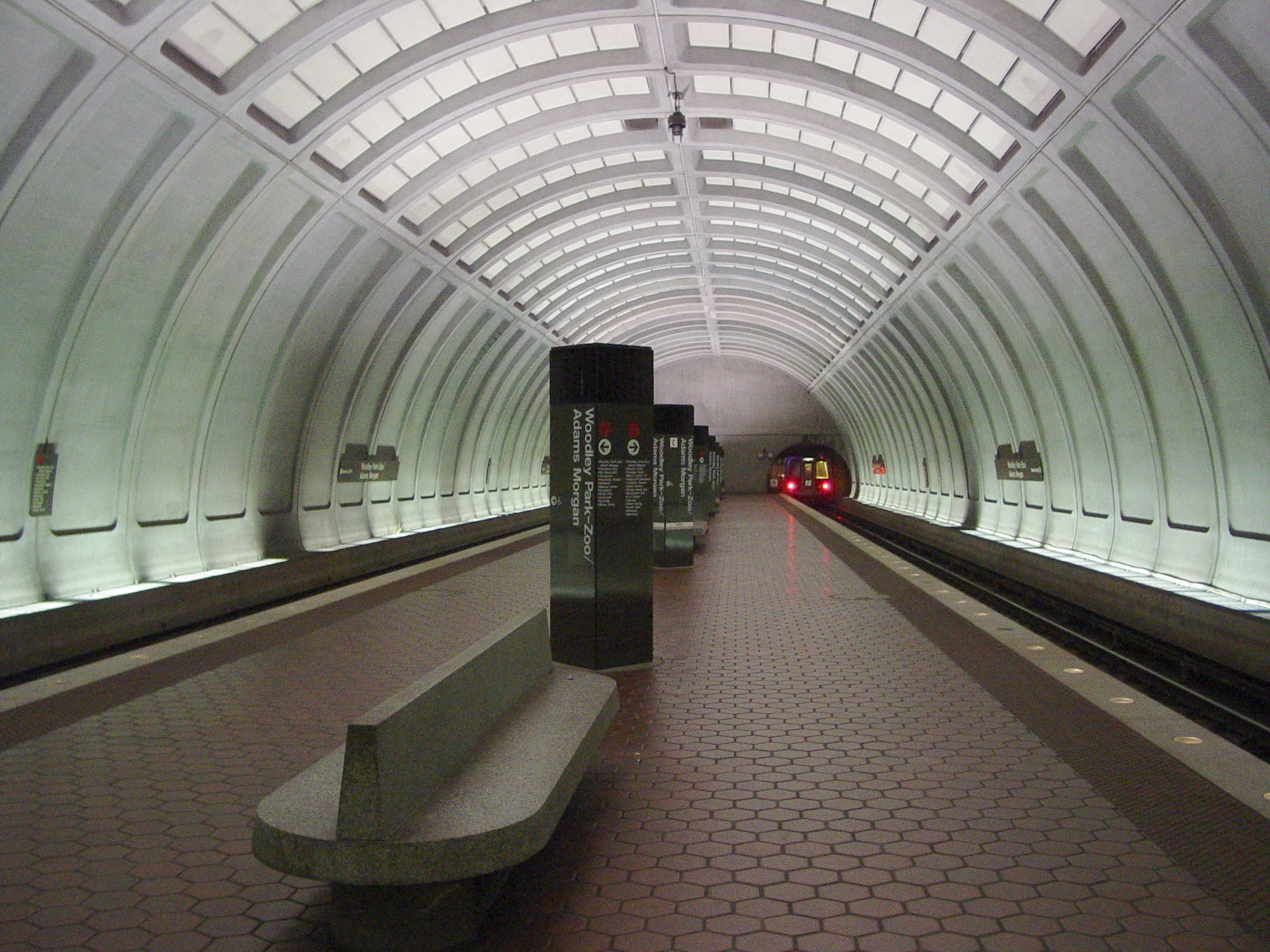 Woodley Park–Zoo/Adams Morgan is a station on the Red Line of the Washington Metrorail. Located at 24th Street and Connecticut Avenue NW, it serves the neighborhoods of Woodley Park and in Northwest Washington.

Service began on , with the extension of the Red Line to Van Ness–UDC. The name of the station at its opening was "Woodley Park-Zoo", due to its proximity to the (commonly known as the National Zoo). The neighborhood lies at the other end of the nearby , and "Adams Morgan" was added to the station name in 1999 to reflect this.

At 160 feet deep, this is the second deepest station in the system. It was the first in the system to deviate from the -like s found at most underground stations in downtown Washington, instead using a simpler four- arch. The advantage of the four-coffer arch was that it was pre-cast in Winchester, Virginia, and then hauled underground and installed on-site, while the waffle-style arches used in other stations had to be cast in place. This was done as a cost-saving measure. [ [http://world.nycsubway.org/us/washdc/overview.html http://world.nycsubway.org/us/washdc/overview.html] ]

On , , an out-of-service rolled backwards into the station and collided with an in-service train. The non-fatal crash injured about 20 people and caused $3.5 million in damages. An investigation determined that the operator of the runaway train was likely asleep. [cite news |last=Sun |first=Lena H |title=Dozing Operator Blamed in Rail Crash |publisher=The Washington Post |date=2006-03-23 |url=http://www.washingtonpost.com/wp-dyn/content/article/2006/03/23/AR2006032300974.html |accessdate=2007-05-19]