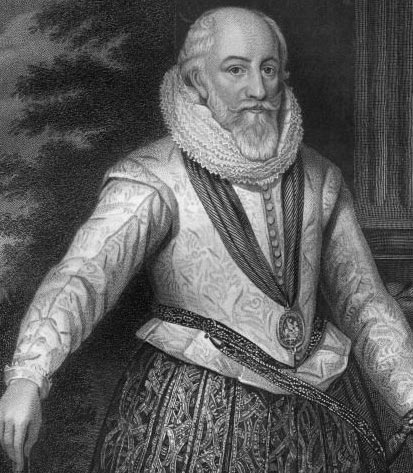 Edward Somerset, 4th Earl of Worcester KG (bef. 1568 &ndash; ) was the only son of three children born to the 3rd Earl of Worcester and . On , he succeeded his father as , and in 1593 he was made a Knight of the Garter. He was an important adviser to King James I, serving as .

In 1606 he was appointed Keeper of the Great Park, a park which was created for hunting by around of which was a part. The residence was built in 1607 He married Lady Elizabeth Hastings. She was a daughter of and . Catherine was a daughter of and Jane Neville. Jane was in turn a daughter of and Margaret Fenne. They had fifteen children among whom are:
*Henry Somerset, 5th Earl of Worcester, his heir and successor, who was later created the 1st ;
* (), who was born in 1579, died in 1649; he was created "" on ; in 1616 he married - her third marriage -, with whom he had one daughter:
**Elizabeth Somerset, who might have died young, but that is unsure;
*Lady Catherine or Katherine Somerset, who died on and, before , married , with whom she had no issue; and
*Lady Blanche Somerset, who died , and married , with whom she had one son and two daughters, his only children; the settlement for this marriage was on , .
*Lady Frances Somerset, wife of to be his daughter. [John Burke and John Bernard Burke., Extinct and Dormant Baronetcies, pp. 369-370]