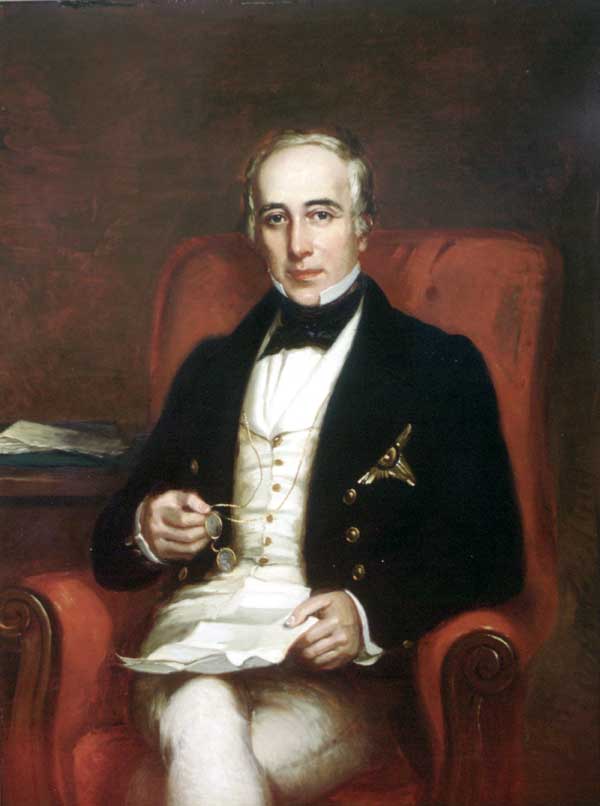 George Arthur was born in , . He was the youngest son of John Arthur and his wife, Catherine, daughter of Thomas Cornish. He entered the army in 1804 as an ensign and was promoted lieutenant in June 1805. He served during the including Sir James Craig's expedition to in 1806. In 1807 he went to , and was severely wounded in the attack upon Rosetta. He recuperated and was promoted to captain under Sir James Kempt in in 1808, and participated in the Walcheren expedition in 1809.

In 1814 he was appointed lieutenant governor of , holding at the same time the rank of on the staff, thus exercising the military command as well as the civil government. His dispatches about the suppression of a in Honduras were seen by and other s, and contributed in no slight degree to the 1834 within the .

In 1823 he was appointed lieutenant governor of (later known as Tasmania) and took office on , . At the time Van Diemen's Land was the main British and it was separated from New South Wales in 1825. It was during Arthur's time in office that Van Diemen's Land gained much of its notorious reputation as a harsh penal colony. He selected Port Arthur as the ideal location for a prison settlement, on a connected by a narrow, easily guarded , surrounded by shark-infested seas.

He is also associated with the repression and persecution of the Aboriginal population. During the 1820s, with relations between the colonists and Aborigines worsening, Arthur declared a state of martial law, and the conflict became known as the . After Aboriginal attacks on colonist settlers, Arthur organized the fiasco, which was intended to drive the Aborigines onto peninsulas where they could be controlled.

He failed in his attempts to reform the colony and the system of with Arthur's autocratic and authoritarian rule leading to his recall. By this time he was one of the wealthiest men in the colony. He returned to England in March 1837.

Later that year he was , given the rank of on the staff and appointed lieutenant governor of and took office in from , . From the very start of his administration, he had to deal with the aftermath of the . In the same year, Upper Canada was invaded by a band of American sympathizers, one of a series of attempts to subvert British authority in Upper and . He failed to address the issues of fixing colonial administration from the influence of .

The two colonies were united in 1841. The Lord Sydenham, the first governor-general, asked Sir George Arthur to administer Upper Canada as deputy governor. Arthur agreed, on condition that the service was unpaid. Later in 1841 he returned to England and was created a hereditary in recognition of his services in Canada.

On , , he was appointed governor of the Indian presidency of , which he retained until 1846. He displayed great tact in the office, as well as ability, and this helped in extending and strengthening British rule in India.

Sir George Arthur, during his administration of the affairs of the presidency, perfected the , the object of which was to equalize and decrease the pressure of the land assessment on the cultivators of the Deccan; and gave his hearty support to the project of a railway line from Bombay to , which may be regarded as the germ of the , while during his administration the reclamation of the foreshore of the island of Bombay was projected.

On his return to England in 1846, he was made a privy councillor, and in 1853 he received the colonelcy of the . He was promoted to in 1854 and died that September.