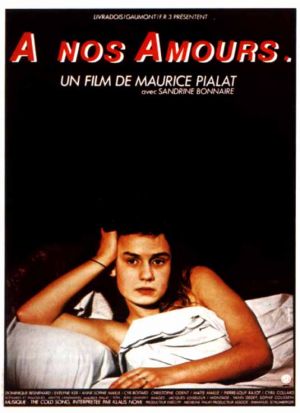 "À nos amours" (also know as "To Our Loves") is a French film directed by , written by and Maurice Pialat.

The movie is a character study focusing on Suzanne, a promiscuous fifteen-year-old Parisian, played by . Despite her age, Suzanne engages in a number of affairs in reaction to her miserable situation at home.

Maurice Pialat won the for this film in 1983 and the in 1984 for "Best Film". Sandrine Bonnaire was also awarded the César Award in 1984 for "Most Promising Actress" for her work in the film.