Miranda State (Spanish: Estado Miranda, IPA: [esˈtaðo miˈɾanda]) is one of the 23 states (estados) into which Venezuela is divided. It is ranked second in population among Venezuelan states, after Zulia State. In June 30, 2010, it had approximately 2,987,968 residents. It also has the greatest Human Development Index in Venezuela, according to the Venezuelan National Institute of Statistics. Miranda is also important center for political, economic, cultural and commercial activities. The state relies on a government of 21 municipal mayorships and one governor. 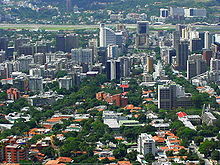 Miranda State was named on December 23, 1889, in honor of Generalissimo Francisco de Miranda, one of the precursors—known collectively as Libertadores—of the independence of the Americas. The region was formerly known as Guzmán Blanco state. It was inhabited initially by indigenous tribes: Los Teques, Los Caracas, Los Mariches, Los Guarenas and Los Quiriquires. When spanish conquerors arrived, started to use the coast zone, for the cultivation of cocoa, settling their families in the Altos Mirandinos, Guarenas and the Caracas east. To work in agriculture, African slaves were brought.

In December 1889, the entity that conformed Bolívar, was renamed to Miranda, being its capital Bolivia. Three years later, the name is change to Great State of Miranda. On August 5, 1909, with the promulgation of a new constitution was introduced the existence of 20 states, Federal District, two federal territories and federal dependencies. Miranda started to be composed by its present territory. The capital was Ocumare del Tuy, until February 13, 1927 when was moved to Los Teques. 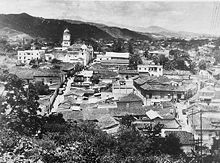 Town of Petare at the beginning of the XX century 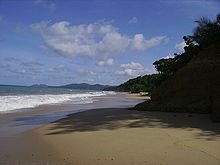 The Miranda State features a grotto in the area of Cúa (the "Betania sanctuary", after Bethany, Israel), established by Maria Esperanza de Bianchini after what is believed to have been a vision of Virgin Mary, followed by several other apparitions of which she was the one and only witness. These apparitions led her to find a certain parcel of property in Venezuela that had a grotto of Our Lady and running water and establish the place as a site of Catholic pilgrimage.

Many locals believe that a Eucharistic miracle occurred at this site on December 8, 1991 during a celebration of Mass. The Miraculous Host, which was declared authentic by Bishop Pio Bello Richardo, currently retired, today is housed at the Chapel at the residence of the local Bishop, or Prelate, in Los Teques. Despite the huge number of believers and pilgrims however, many people believe it all was and is an ingenious hoax.