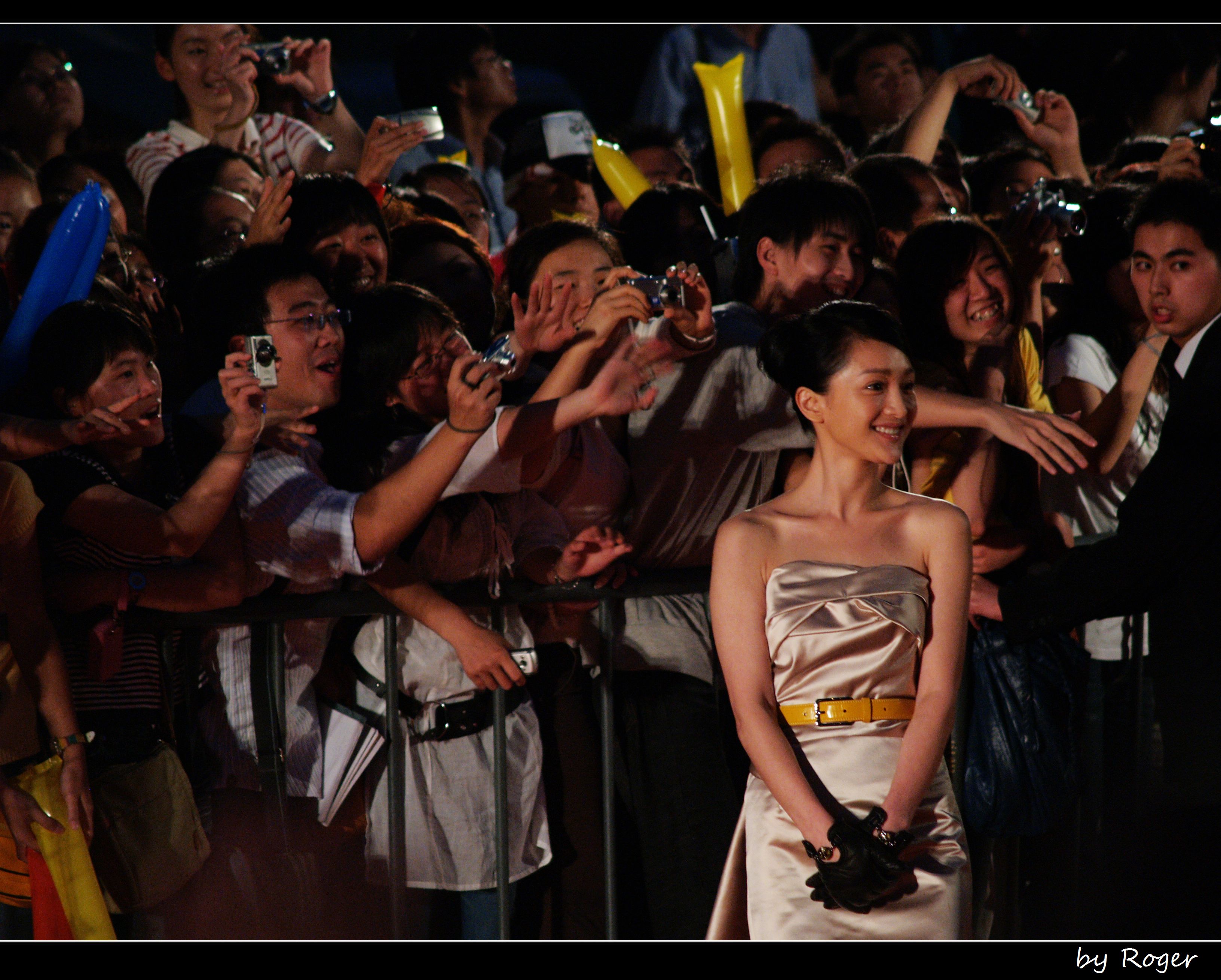 Zhou Xun is an internationally acclaimed Chinese and . She is regarded as one of the four most promising young film actresses in China (四小花旦) in the early 2000s, along with , and Fact|date=August 2008.

Zhou was born to a middle class family. Her father, Zhou Tianning (周天宇), was a local movie and her mother, Chen Yiqin (陈以琴), a salesperson at a department store.

Zhou Xun later enrolled at the (浙江省藝術學校), a decision which her parents initially objected as they wanted her to graduate from a . Nonetheless, Zhou fought to further her interest in the dramatic arts and was accepted.

While she was in her teens and schooling, she was handpicked for a role in a movie ""《古墓荒斋》.

Zhou had a difficult route to stardom, having to eke a living on early cameos and minor parts. She finally caught international attention through her roles in 's "Suzhou River" in 2000 and 's film adaptation of the book of same name "Balzac and the Little Chinese Seamstress" in 2002.

In 2002, she starred in the television remake of 's wuxia novel "" (射鵰英雄傳) as "" with actor as her male lead. The series was one of the most watched in mainland China in 2003.

Zhou then successfully entered the film market in 's musical film "" in 2005. This role won her the "Best Actress" award in the .

Taking on two roles in the Shuet-Yi directed "", Zhou first played the role of "Ming Ming" who is in love with "D" and stole things for him and then she played "Na Na" who has also fallen in love with "D". The film is also known by the name "" and was released in 2007. The film won high praise at the 11th held in in the month of October, 2006. On the day of the film release, she also released her new music video, the song of which is the theme song of her film "Ming Ming".

Zhou will be playing the part of a on the lookout for her missing boyfriend, in the professor directed urban romance movie, "". This movie was shot in the southern province of