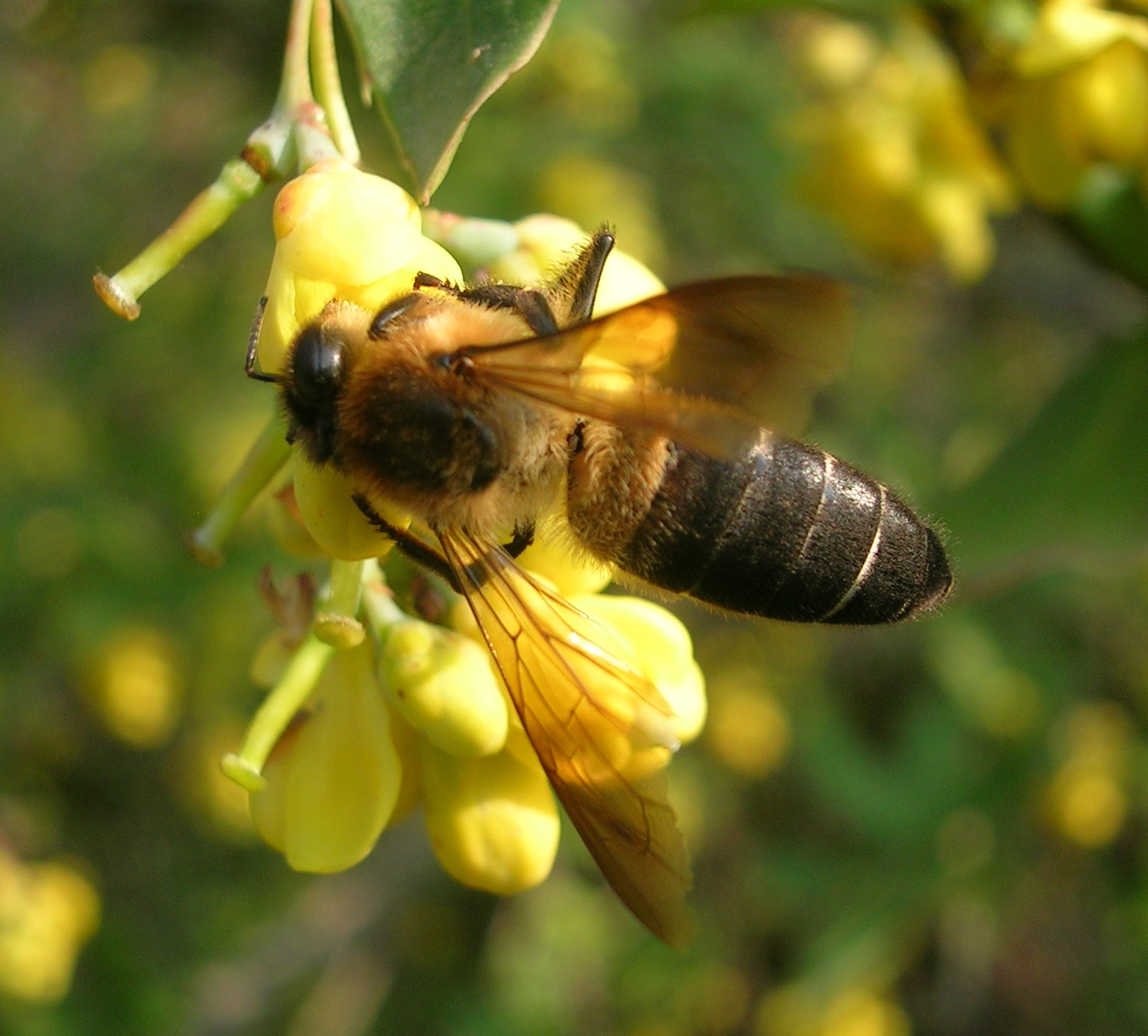 "Apis dorsata laboriosa", the Himalayan honey bee, is the world’s largest ; . Before , "Apis dorsata laboriosa" was considered to be a of the widespread "", the giant honey bee, but in 1980 and for almost 20 years thereafter it was elevated to the rank of a separate species. It is now classified once again as a subspecies of "Apis dorsata" (, 1999). It is highly adapted to its highland in behavior and there has evidently been little between it and lowland "A. dorsata" for millions of years; some consider this evidence that it should be classified as a species (Arias & Sheppard 2005).

Largely limited to the , it is one of the more honey bees and the largest in its . So far it has only been identified in the mountainous regions of , the Chinese province of , , and . It mostly nests at altitudes between 2,500 and 3,200 meters, building very large nests under overhangs on the south-western faces of vertical cliffs. One nest can contain as much as 60 kg of honey. The bees forage at altitudes of up to 4,100 meters. Due to its peculiar nesting behavior, the Himalayan honey bee is also referred to as the Himalayan cliff honey bee. The term "Himalayan honey bee" is sometimes used more informally, for any of the four varieties of honey bees that are found in the Himalayan region; "", "", "" and "Apis dorsata laboriosa".

There are three different types of "Apis dorsata laboriosa" : spring or red honey that is collected at higher altitudes, spring honey collected at mid and lower altitudes, and autumn honey from any site. Red honey has an intoxicating effect and various relaxing qualities that decrease over storage. It is not consumed locally as it is valuable, and honey hunters prefer to sell it at a high price. As hive bees are not kept at such high altitudes, "Apis dorsata laboriosa" is the only bee species to produce this honey. The wholesale price of the red honey is about five times the price of regular honey from "" or "Apis cerana" and large amounts of it are exported from Nepal to , , and . The red honey is prized for its purported medicinal value and intoxicating qualities.