The country became independent on 7 August 1960. In 1962 the total strength of the armed forces was about 6,500, about 4,000 being conscripts doing their military service.[1] The authors of the U.S. Army's Area Handbook series said at the time that '..the Army and Gendarmery (sic) were effective forces in being, but the Navy and Air Force were token forces primarily for prestige and with little actual defense value.'

The army had three infantry battalions and an engineer battalion in 1979, as well as a light tank squadron, a reconnaissance company, and an artillery battery. At that time the active forces consisted of 4,900 men, of which 450 were in the navy or the air force. The 1979 air force had only transport and liaison aircraft. The army at that time operated AMX-13 light tanks, AML H60 and H90 armored cars, French 105mm howitzers, and mortars of 81mm and 120mm caliber.[4]

In 2011, the FRCI, with assistance from French forces and the UN's mission ONUCI, defeated the army of the former government of Côte d'Ivoire. While the pre-2011 structure of the armed forces was well documented, the structure of the FRCI armed forces since the victory of the FNCI is unclear.

French forces and the Opération des Nations Unies en Côte d'Ivoire are a significant military factor in the country as of late 2011 (see International Forces below). 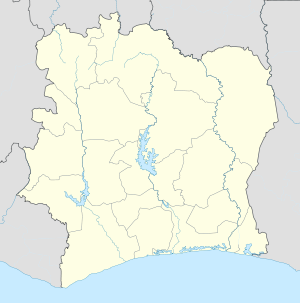 Long-time President Houphouët Boigny, in power since the 1960s, passed away in December 1993, unleashing a succession crisis which quickly involved the power institutions of the state. The army seized power on 24 December 1999. By a decree of 27 December 1999, the constitution was suspended and all the institutions of government were dissolved. A collective body, the National Council of Public Safety (CNSP), presided over by Brigadier General Robert Guéi, took control. Following a constitutional referrendum of July 2000, the president of the CNSP decided to run for president, and indeed declared himself president after the elections of 22 October 2000. Finally, however, after popular unrest Laurent Gbagbo became president and was sworn in on 26 October 2000.

A succession of military coups followed, which gave rise to an rebellion which began on 19 September 2002. From 2002 until 2011 Cote d'Ivoire was split by the rebellion between the existing government in the south and the Forces Nouvelles in the north. As of July 2011, General Soumaïla Bakayoko is the chief of staff of the army, and colonel-major Gervais Kouakou Kouassi is the Chief of the Gendarmerie.[7]

As of October 2011, previously active units around Abidjan reportedly included the:[8]

The 2nd Infantry Battalion appears to have been based at Daloa for some time. A 2003 change of command usshered in the 16th commander of the unit,[9] and there are also reports from 2009 and 2011.

The gendarmerie is roughly equivalent in size to the army. It is a national police force which is responsible for territorial security, especially in rural areas. In times of national crisis the gendarmerie could be used to reinforce the army. The gendarmerie is commanded by a colonel-major and comprises four Legions, each corresponding to one of the four numbered military regions, minus the temporary military operational zone on the western border.

Côte d'Ivoire has a brown-water navy whose mission is coastal surveillance and security for the nation's 340-mile coastline.

Since 2004, efforts to put together some form of inventory led to possibly as many six aircraft being in service by the end of 2006.[citation needed] It is unknown whether any of these aircraft are truly operational.

A mutual defense accord signed with France in April 1961 provides for the stationing of Franch Armed Forces troops in Côte d'Ivoire.[14] The 43rd Marine Infantry Battalion (fr:43e bataillon d'infanterie de marine) was based in Port Bouet adjacent to the Abidjan Airport from 1979 and has more than 500 troops assigned until 2011, when it appears to have been disbanded. The French military also maintains a force as part of Operation Licorne.

From summer 2011, Operation Licorne, the French force, previously over 5,000 strong, is roughly 700, and consists of Licorne headquarters, Battalion Licorne (BATLIC), seemingly made up of elements of the 2nd Marine Infantry Regiment and the Régiment d'infanterie-chars de marine, and a helicopter detachment.[5]

Currently the United Nations has the peacekeeping mission ONUCI in the country. On 28 February 2011 ONUCI consisted of 7,568 troops, 177 military observers, and numerous international civilians and Police; the mission had received helicopter and infantry reinforcement from UNMIL during the stand-off since the late 2010 elections which had been won by Alassane Ouattara.[15]