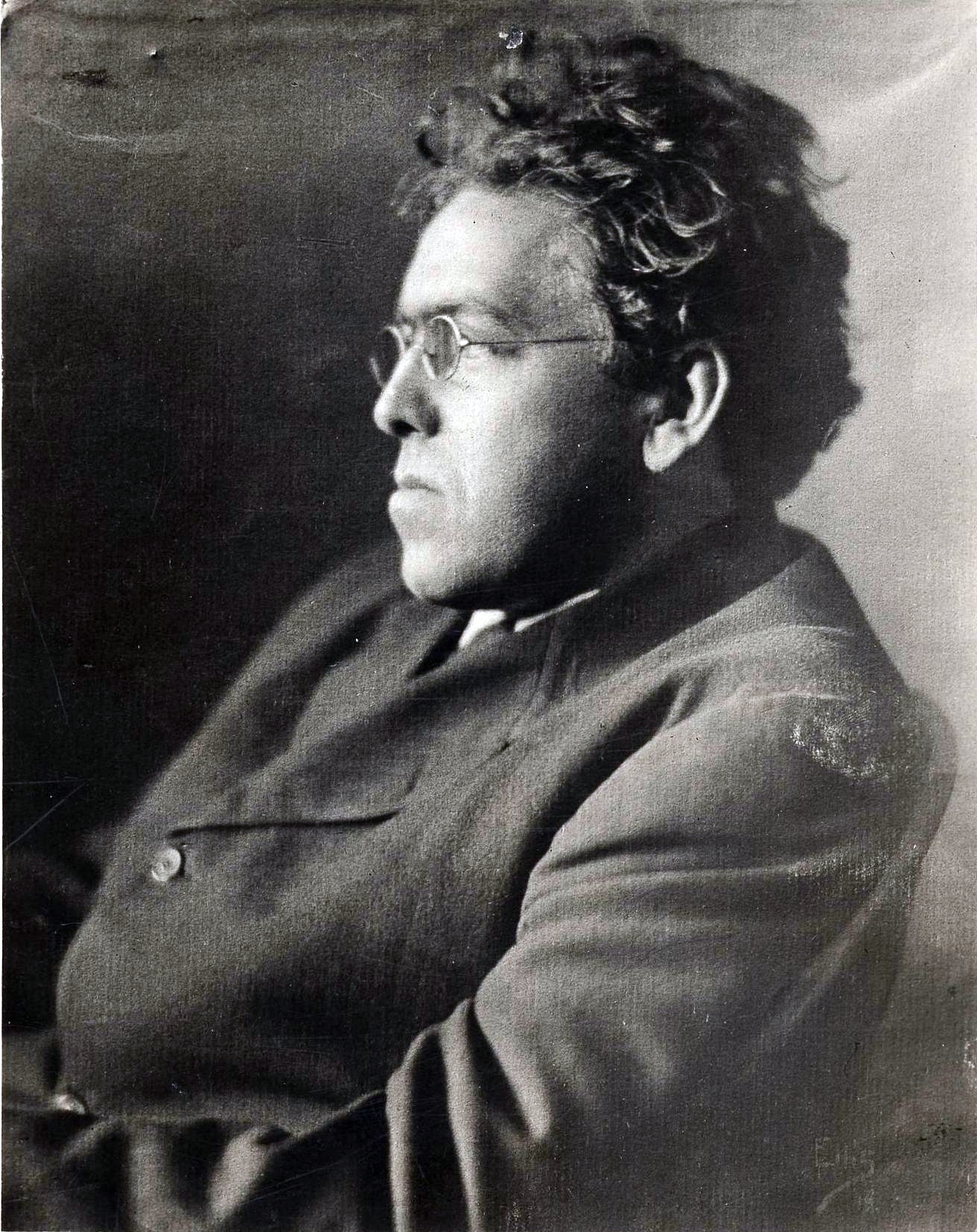 Newell Convers Wyeth (, – , ), known as N. C. Wyeth, was an American and ., he was the star pupil of and became one of America's greatest illustrators.

During his lifetime, Wyeth created over 3,000 paintings and illustrated 112 books,

Wyeth was a realist painter just as the camera and photography began to compete with his craft.

N. C. Wyeth was born in . His ancestor Nicholas Wyeth, a stonemason, came to Massachusetts from England in 1645. Later ancestors were prominent participants in the French and Indian Wars, the Revolutionary War, the War of 1812, and the American Civil War, passing down rich oral history and tradition to N. C. Wyeth and his family, and providing subject matter for his art, which was deeply felt. His maternal ancestors came from Switzerland, and his mother as a child was acquainted with literary giants and . His literary appreciation and artistic talents appear to come from her.

He was the oldest of four brothers who spent much time hunting, fishing, and enjoying other outdoor pursuits, and doing chores on their farm. His varied youthful activities and his naturally astute sense of observation later aided the authenticity of his illustrations and obviated the need for models, "When I paint a figure on horseback, a man plowing or a woman buffeted by the wind, I have an acute sense of the muscle strain." ["An American Vision: Three Generations of Wyeth Art", Little Brown and Company, Boston, 1987, ISBN 0-8212-1652-X, p. 4]

His mother encouraged his early inclination toward art. Wyeth was doing excellent watercolor paintings by twelve years old. ["An American Vision", p. 78] He went to Mechanics Arts School to learn drafting and then the Massachusetts Normal Arts School and the Eric Pape School of Art to learn illustration, under George L Noyes and Charles W. Reed.

When two of his friends were accepted to Howard Pyle"s School of Art in and , Wyeth was invited to try to join them in 1902. was the "father" of American Illustration and Wyeth immediately meshed with his methods and ideals. Pyle’s approach included excursions to historical sites and impromptu dramas using props and costumes, meant to stimulate imagination, emotion, atmosphere, and the observation of humans in action—all necessities for his style of illustration. Pyle stressed historical accuracy and tinged it with a romantic aura. But where Pyle painted in exquisite detail, Wyeth veered toward looser, quicker strokes and relied on ominous shadows and moody backgrounds. He probably picked up his glazing technique from Pyle.

Wyeth’s exuberant personality and talent made him a standout student. He was a robust, powerfully built young man with strangely delicate hands, who ate a lot less than his size implied. He was admiring of great literature, music, and drama, and he enjoyed spirited conversation.

A bucking bronco for the cover of "" on was Wyeth's first commission as an illustrator.

It was a spectacular accomplishment for the twenty-one-year-old Wyeth, after just a few months under Pyle’s tutelage. In 1904, the same magazine commissioned him to illustrate a western story and Pyle urged Wyeth to go West to acquire direct knowledge, much as had done for his Western novels. In Colorado, he worked as a cowboy alongside the professional ‘punchers’ moving cattle and doing ranch chores. He visited the in Arizona and gained an understanding of Native American culture. When his money was stolen, he worked as a mail carrier on horseback to gain back needed funds. He wrote home, "The life is wonderful, strange—the fascination of it clutches me like some unseen animal—it seems to whisper, 'Come back, you belong here, this is your real home.'" ["An American Vision", p. 12]

On a second trip two years later, he collected information on mining, and brought home costumes and artifacts including cowboy and Indian clothing. His early trips to the western United States inspired a period of images of s and Native Americans that dramatized the Old West. His depictions of Native Americans tended to be sympathetic, showing them in harmony with their environment, as demonstrated by "In the Crystal Depths" (1906).

In returning to Chadds Ford, he painted a series of farm scenes for "Scribner's", finding the landscape less dramatic than the West but nonetheless a rich environment for his art, “Everything lies in its subtleties, everything is so gentle and simple, so unaffected.” ["An American Vision", p. 16] His painting "Mowing" (1907), not done for illustration, was among the most successful images of rural life, rivalling 's great scenes of Americana.

He married Carolyn Bockius of Wilmington and settled in Chadds Ford in 1908 to raise a family on 18 acres near the historic Brandywine battlefield. By now he had left Pyle and commissions were coming in quickly. His hope had been that he would make enough money with illustration to be able to afford the luxury of painting what he wanted. But as his family and income grew, he found it difficult to break from illustration.

N. C. Wyeth created a stimulating household for his talented children , Henriette Wyeth Hurd, , , and Nathaniel C. Wyeth. Wyeth was very sociable and frequent visitors included , , , , and . According to Andrew, who spent the most time with his father on account of his sickly childhood, N.C. was a strict but patient father who did not talk down to his children. [An American Vision, p. 78] His hard work as an illustrator gave his family the financial freedom to follow their own artistic and scientific pursuits. Andrew went on to become one of the foremost American artists of the second half of the 20th Century, and Henriette, and Carolyn also became artists; Ann became an artist and composer. Nathaniel became an engineer for and worked on the team that invented the plastic soda bottle. Henriette and Ann married two of N.C.'s proteges, and . N.C. Wyeth is the grandfather of artist and musician .

By 1914, Wyeth loathed the commercialism upon which he became dependent and he battled internally over his capitulation the rest of his life, accusing himself of having “bitched myself with the accursed success in skin-deep pictures and illustrations”. He complained of money men "who want to buy me piecemeal" and that "an illustration must be made practical, not only in its dramatic statement, but it must be a thing that will adapt itself to the engravers' and printers' limitation. This fact alone kills that underlying inspiration to create thought. Instead of expressing that inner feeling you express the outward thought … or imitation of that feeling". [An American Vision, p. 18]

Wyeth also did posters, calendars, and advertisements for clients such as , , and as well as paintings of Beethoven, Wagner and Liszt for . He painted murals of historical and allegorical subjects for the Federal Reserve Bank of Boston, the Westtown School, the First National Bank of Boston, the Hotel Roosevelt, the Franklin Savings Bank, the National Geographic Society, and other public and private buildings. During both World Wars, he contributed patriotic images to government and private agencies.

His non-illustrative portrait and landscape paintings changed dramatically in style throughout his life as he experimented first with impressionism in the 1910s (feeling an affinity with the nearby "New Hope Group") then by the 1930s veering to the realistic American regionalism of and , painted with thin oils and occasionally egg tempera. Wyeth worked rapidly and experimented constantly, often working on a larger scale than necessary, befitting his energetic and grand vision which often tied back to his ancestral past. He could conceive, sketch out, and paint a large painting in as little as three hours. [An American Vision, p. 80]

By the 1930s, he restored an old captain’s house in , named "Eight Bells" after a Winslow Homer painting, and took his family there for summers, where he painted primarily seascapes. Museums started to purchase his paintings and by 1941 he was elected to the National Academy and exhibited on a regular basis.

N.C. Wyeth died in an accident at a railway crossing along with his grandson (Nathaniel C. Wyeth's son) near his Chadds Ford home in 1945. depicting the Pilgrims at Plymouth, which was completed by Andrew Wyeth and John McCoy.

In June 1945, he received the honorary degree of master of arts from . N. C. Wyeth was a member of the National Academy, the Society of Illustrators, the Philadelphia Water Color Club, the Fellowship of the , the Philadelphia Art Alliance, the Chester County Art Association, and the Wilmington Society of Fine Arts.

Significant public collections of Wyeth's work are on display at the in Chadds Ford, and in Maine, the and the in Rockland. The Brandywine River Museum offers tours of his Chadds Ford home and studio, the . The home and studio was designated as a in 1997.