The Anglican Church of Tanzania (ACT) is a member of the Anglican Communion based in Dodoma. It consists of 26 dioceses (25 on the Tanzanian mainland, and 1 on Zanzibar) headed by their respective bishops. It seceded from the Province of East Africa in 1970, which it shared with Kenya. The current Archbishop is the Most Reverend Dr.Valentino Mokiwa, the Bishop of the Diocese of Dar es salaam.

The church was founded originally as the Diocese of Eastern Equatorial Africa (Uganda, Kenya, Tanzania) in 1884, with James Hannington as the first bishop; however, Anglican missionary activity had been present in the area since the Universities' Mission to Central Africa and the Church Missionary Society began their work in 1864 and 1878 at Mpwapwa. In 1898, the diocese was split into two, with the new diocese of Mombasa governing Kenya and northern Tanzania (the other diocese later became the Church of Uganda); northern Tanzania was separated from the diocese in 1927. In 1955, the diocese's first African bishops, Festo Olang’ and Obadiah Kariuki, were consecrated by the Archbishop of Canterbury in Uganda (Olang’ would be elected the first African archbishop in 1970); in 1960, the province of East Africa, comprising Kenya and Tanzania, was formed with L.J. Beecher as archbishop. Tanzania seceded from the province of East Africa in 1970 and the province of Tanzania was formed with John Sepeku as the first archbishop of the province of Tanzania. In the arly 20th century there was also a Diocese of Zanzibar.

In December 2006 the ACT declared itself to be in "impaired communion" with The Episcopal Church (USA) over the ordination of practicing homosexuals and the blessing of same-sex unions.[citation needed]

Among the Church's prominent institutions, most of which are semi-independent of the Provincial Office, are the newly founded St. John's University of Tanzania based in Dodoma also the two Provincial Theological Colleges (St. Phillip’s located at Kongwa, and St Mark’s in Dar es Salaam); the Central Tanganyika Press (CTP) and the Literature Organization (SKM, also known as the Dar es Salaam Bookshop). The ACT also has three semi-independent Associations: the Mothers' Union (MU), the Tanzania Anglican Youth Organization (TAYO) and the Anglican Evangelistic Association (AEA) 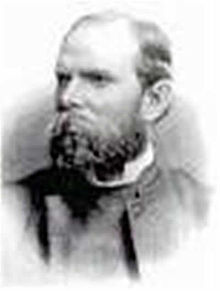 James Hannington was the first bishop of Eastern Equatorial Africa.

The polity of the Anglican Church of Tanzania is Episcopalian church governance, which is the same as other Anglican churches. The church maintains a system of geographical parishes organized into dioceses. There are at least 24 of these, each headed by a bishop:

The Anglican Church of Tanzania embraces three orders of ministry: deacon, priest, and bishop. A local variant of the Book of Common Prayer is used.

The center of the Anglican Church of Tanzania teaching is the life and resurrection of Jesus Christ. The basic teachings of the church, or catechism, includes:

The threefold sources of authority in Anglicanism are scripture, tradition, and reason. These three sources uphold and critique each other in a dynamic way. This balance of scripture, tradition and reason is traced to the work of Richard Hooker, a sixteenth century apologist. In Hooker's model, scripture is the primary means of arriving at doctrine and things stated plainly in scripture are accepted as true. Issues that are ambiguous are determined by tradition, which is checked by reason.[1]

Like many other Anglican churches, the Anglican Church of Tanzania is a member of the ecumenical World Council of Churches.[2]