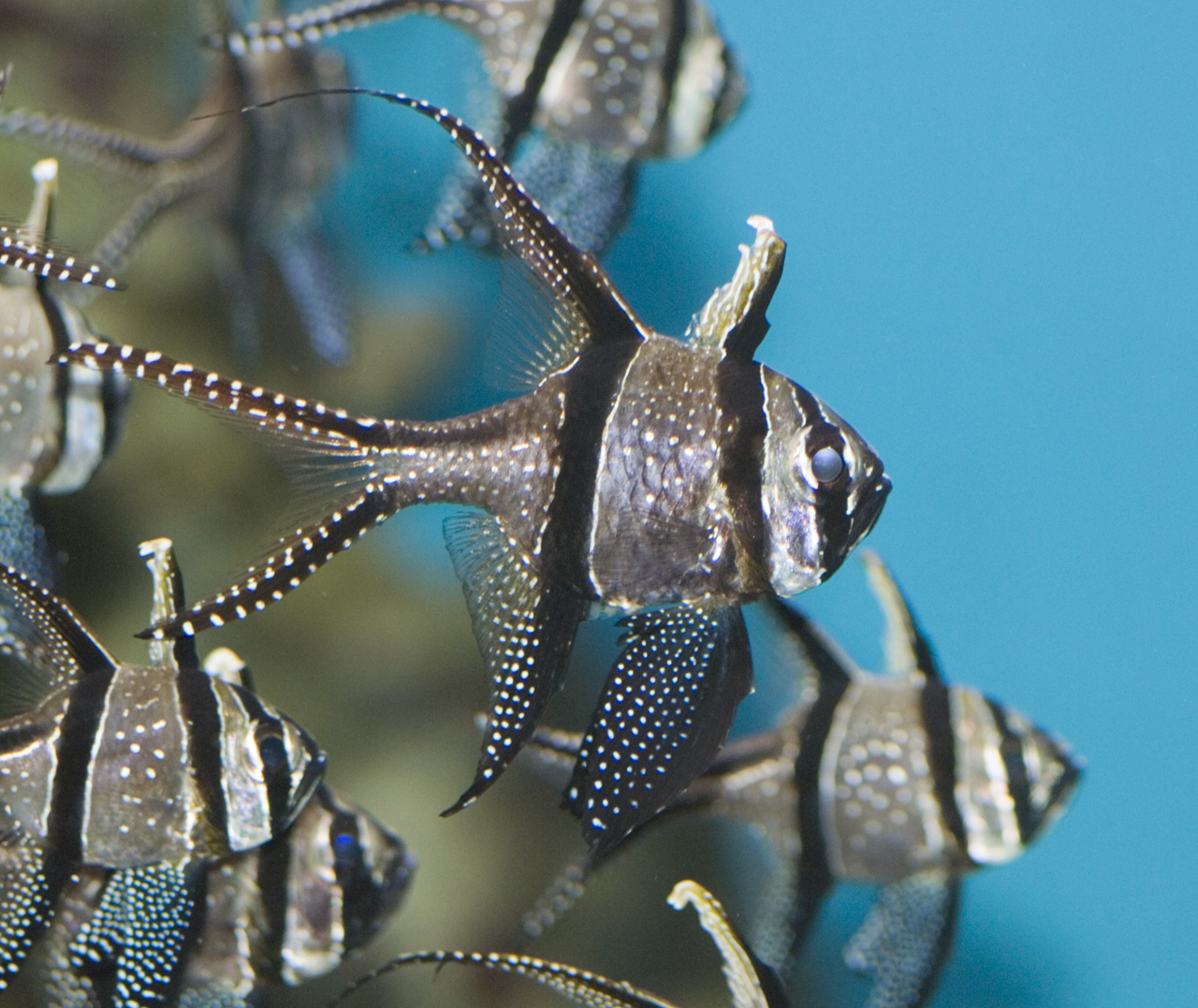 This species is restricted to the of .

The Banggai cardinalfish is the only representative of the family that is diurnal.

These fish are an opportunistic species that feeds during the day, unlike all other representatives of this family. Diet composition is similar between size classes, including planktonic, demersal, and benthic organisms. s constitute a bulk of their diet.

The Banggai cardinalfish is a paternal .

The Banggai cardinalfish is a popular fish in the hobby.

The species is collected by local fishers and traded as an aquarium species at unusually high levels. The species first appeared in the international trade in 1995&ndash;1996. By 2001, 600,000&ndash;700,000 fish were exported annually; trade estimates for 2001&ndash;2004 are 700,000&ndash;900,000 fish/yr with collection occurring throughout the archipelago. Surveys identified significant (>90%) declines in two populations that were fished from 2001 to 2004, including extinction of a population off .

These fish have been successfully bred in captivity.

Collection for the trade has threatened this species with .