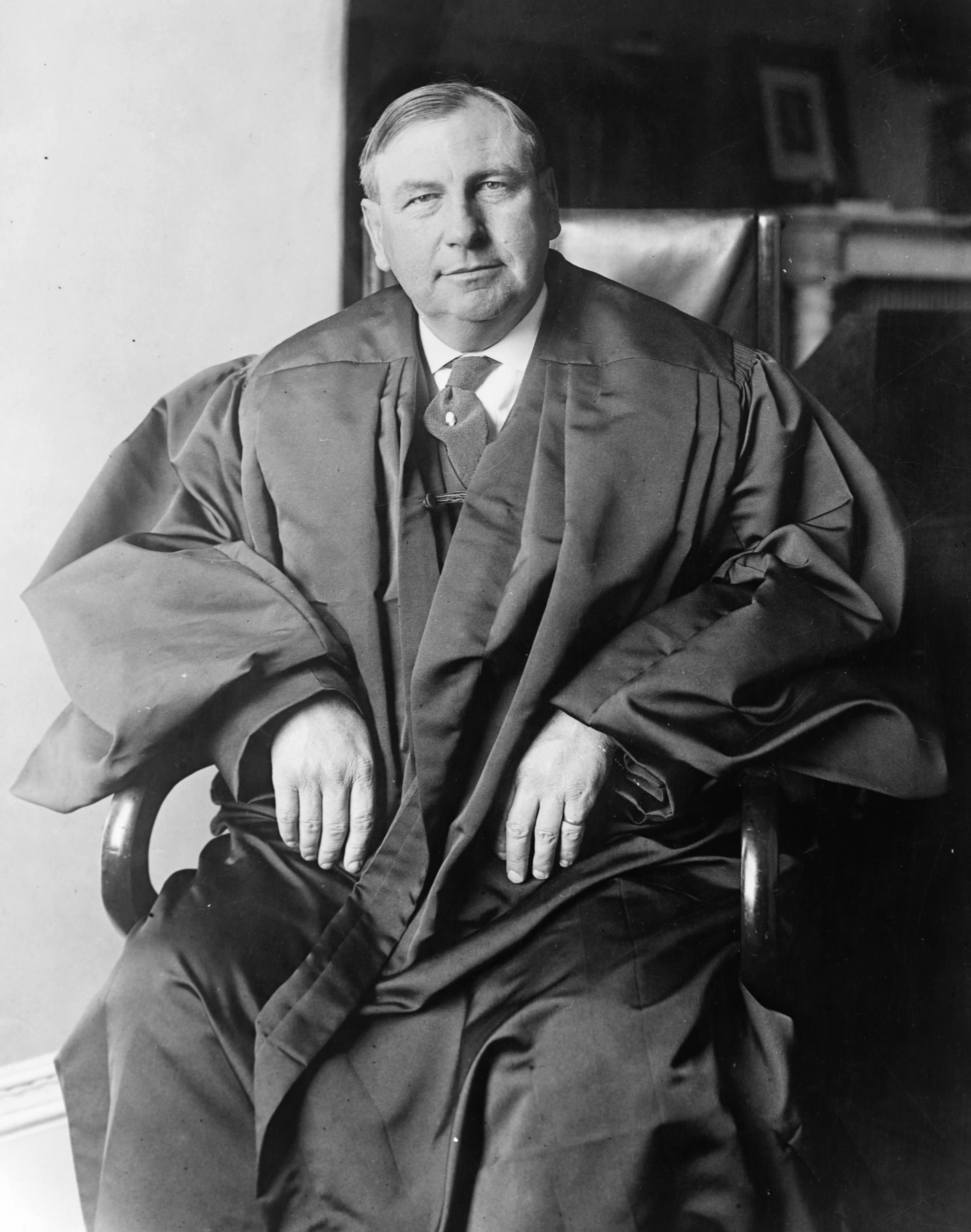 Harlan Fiske Stone ( – ) was an American and jurist. A native of he served as the dean of , his in the early 20th century. He was a member of the Republican Party. He was appointed as the 52nd Attorney General of the United States before becoming an Associate Justice of the U.S. Supreme Court. Stone would become the 12th Chief Justice of the court in 1941, serving until his death in 1946.

Stone was born in Chesterfield, , to Fred L. and Ann S. (Butler) Stone. He prepared at Amherst High School, and graduated from in 1894.

In 1924, he was appointed by his Amherst classmate and then-President . As Attorney General, Stone was responsible for the appointment of as head of the Department of Justice's Bureau of Investigation, which was to become the (FBI).

In 1925, Stone was appointed an Associate Justice of the United States Supreme Court, becoming Coolidge's only appointment to the Court.

During the 1932–1937 Supreme Court terms, Stone, along with Justices Brandeis and Cardozo, was considered a member of the Three Musketeers, which was considered to be the liberal faction of the Supreme Court. The three were highly supportive of President Roosevelt's programs, which many of the other Supreme Court Justices opposed. For example, he wrote for the court in "", ussc|312|100|1941, which upheld challenged provisions of the Fair Labor Standards Act of 1938. Stone also authored the Court's opinion in , ussc|304|144|1938, which, in its famous "," provided a roadmap for judicial review in the post-"" era.

Stone's support of the brought him in Roosevelt's favor, and in 1941 the President elevated him to Chief Justice, a position that he occupied for the rest of his life.

As Chief Justice, Stone spoke for the Court in upholding the President's power to try saboteurs by in "", ussc|317|1|1942. Stone also wrote one of the major opinions in establishing the standard for state courts to have personal jurisdiction over litigants in "", ussc|326|310|1945.

In 1946, at the age of 73, Stone died of a cerebral hemorrhage that struck on the bench as he read his dissent in "Girouard v. United States", ussc|328|61|1946. (He opposed overturning precedents that would have barred a Seventh-day Adventist from being as a U.S. citizen if he refused to take up military arms during wartime despite being willing to serve as a conscientious objector.) He is the only Supreme Court Justice to have died during an open court session.

Stone was the director of the "Atlanta & Charlotte Air Line Railroad Company", the president of the , and a member of the .

Stone married Agnes E. Harvey in 1899. Their children were Lauson H. Stone and the mathematician Marshall H. Stone. Stone is buried at in the Petworth neighborhood of