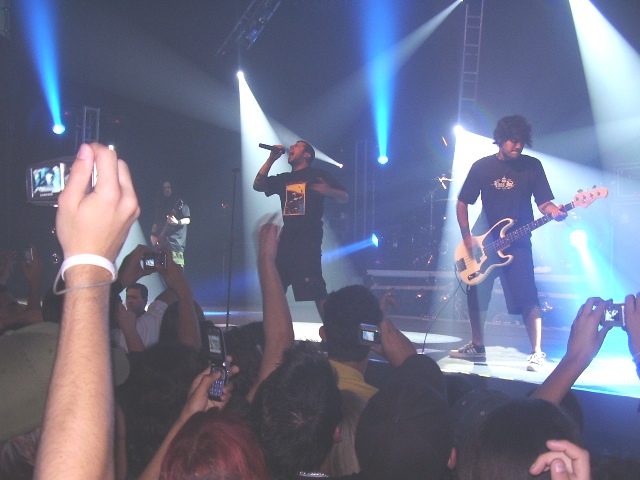 With influences from the , , , Pennywise, , and other old school punk and hardcore legends, CPM 22 recorded their first demo tape in 1998.

Their popularity in the Brazilian underground scene led CPM 22 to record the independent album "A Alguns Quilômetros de Lugar Algum" (A Few Kilometers From Nowhere).Two years later they were included in the Brazilian video-music award in the demo clip category with "Anteontem" (The Day Before Yesterday).

In 2001, they signed with and released their first mainstream album called "CPM 22" with many hits, including "Regina, Let's Go", "Tarde de Outubro" (October Afternoon) and "O Mundo Dá Voltas" (The World Turns), playing on Brazilian radios.

At the end of 2002, they released "Chegou a Hora de Recomecar" (Now's The Time To Start Over). CPM 22 reached the top of their popularity in Brazil with songs including "Desconfio" (I Suspect), "Ontem" (Yesterday), "Não Sei Viver Sem Ter Você" (I Don't Know How to Live Without You), "Dias Atrás" (Days Ago), "Peter" and "Garota da TV" (TV Girl).

They are often seen on Brazilian television shows, remarkable for a band which recently played in the underground. Such popularity led to complaints from old-time fans that the band had "sold out", forgetting its roots by creating songs to be played on radios and populist Sunday TV shows like "" and "".

Recently, they released "Inevitável" (Unavoidable), a successful song which returns the band to its roots.