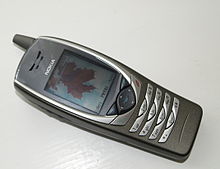 With an appearance very similar to that of the Nokia 6100, but with a larger screen and external antenna. The 6650 uses the Nokia Series 40 platform, and is equipped with a VGA camera and supports Java ME applications.