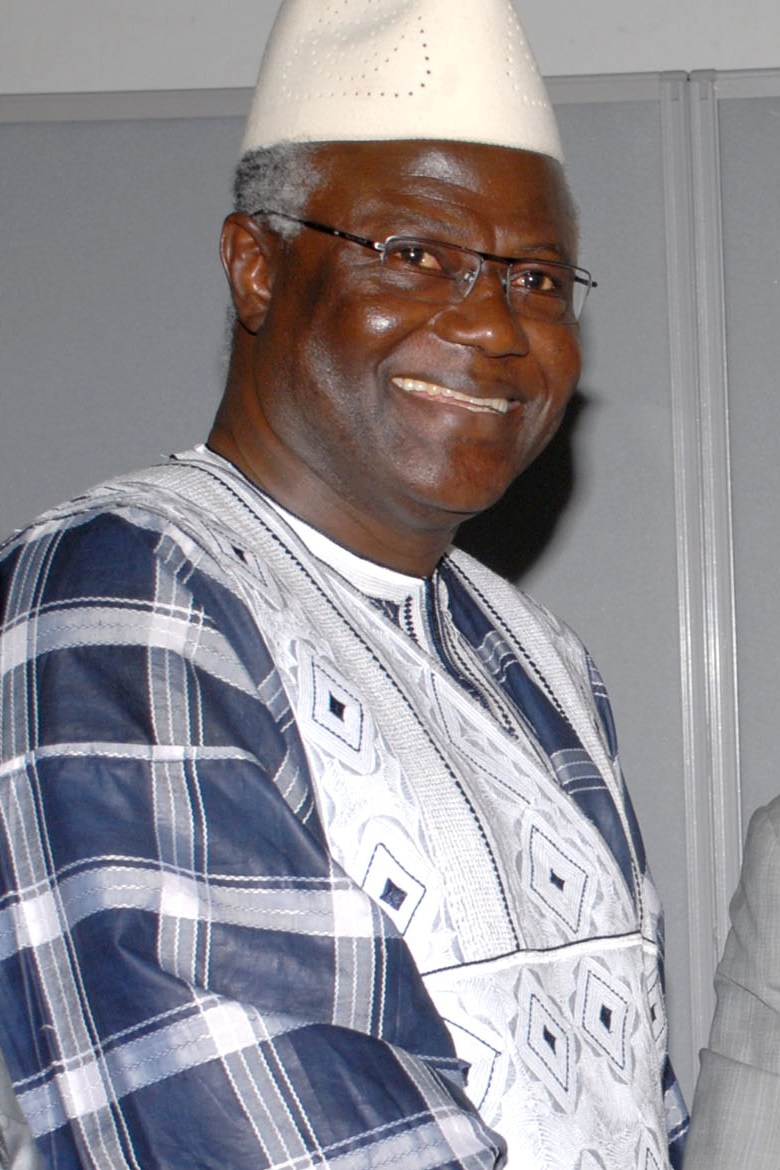 Ernest Bai Koroma (born , ) is the current President of Sierra Leone. He was sworn in as president on , , a few hours after being declared the winner of a tense run-off election with 54.6% of the vote over the vice-president of the then ruling (SLPP) who won 45.4% and conceded defeat. International and local observers assessed the election as free, fair and credible [http://news.bbc.co.uk/2/hi/africa/6943541.stm] . Koroma is the leader of the ruling (APC) and was APC minority leader in parliament from prior to becoming President.

Koroma was formally in on at a ceremony attended by five other African leaders. In attendance were president , president , president , president and 's president . In his inauguration speech, Koroma promised to fight corruption and would not spare even members of his own family should they be caught in corrupt act. In his speech president Koroma also said that he wanted to run Sierra Leone like a business concern", emphasize and .

Koroma was born on , in , in the Northern Province of . He is the eldest son of seven children. Koroma was born to an ethnic Temne father and to an ethnic Limba mother from , Bombali District. Koroma was born of parentage from the predominant north and a devout Christian himself. Koroma attended the Sierra Leone Church Primary School in Makeni, and then the in , . He attended in , from which he graduated in 1976. After graduating, Koroma taught briefly at the St. Francis Secondary School in Makeni and then joined the Sierra Leone National Insurance Company in 1978. In 1985, he joined the Reliance Insurance Trust Corporation (Ritcorp), and in 1988, he became Managing Director of Ritcorp, remaining in that position for 14 years.

Koroma was elected as the leader of the APC on , , at a national convention of the party. He was expected to be one of seven candidates, but five of them were not present for the election, and the remaining candidate appeared only briefly. Unopposed, Koroma received 370 votes from , while 12 delegates voted against him and the remainder abstained. [ [http://www.sierra-leone.org/slnews0302.html Sierra Leone News Archives, March 2002] , sierra-leone.org.]

Koroma was the APC presidential candidate in the 2002 general elections, which solidified the APC as the main opposition party. He received 22.3% of the vote as the APC's candidate in the presidential election, losing to incumbent president of the (SLPP), who received about 70%. [ [http://www.irinnews.org/Report.aspx?ReportId=32059#sienew "SIERRA LEONE: New cabinet announced"] , IRIN-WA Weekly Roundup 124, 18 - 24 May 2002.] In the parliamentary election, Koroma was elected to a seat from Bombali District. [ [http://www.sierra-leone.org/slnews0502.html Sierra Leone News Archives, May 2002] , sierra-leone.org.]

Koroma continued as leader of the APC until being stripped of the position by the in June 2005, only to be reinstated in that position in September of that year.Fact|date=January 2008 The internal party dispute was said to be resolved in April 2007, with Koroma being accepted by APC dissidents as the party's leader ahead of the 2007 election. [Sayoh Kamara, [http://news.sl/drwebsite/publish/article_20055183.shtml "APC Gets Final Peace in Sierra Leone"] , "Awareness Times", April 5, 2007.] [ [http://apanews.net/apa.php?page=show_article_eng&id_article=25080 "Sierra Leone’s main opposition party settles internal dispute"] , African Press Agency, April 6, 2007.]

Koroma was the APC presidential candidate in the August 2007 elections. He was the target of an attempt in the early hours of , when, according to the APC, a group of armed men led by , who was a participant in the 1992 coup that ousted the APC from power, attempted to enter his hotel room in the country's second largest city of Bo to kill him. [Alpha Kanu, [http://news.sl/drwebsite/publish/article_20056099.shtml "Statement issued by the All People's Congress in Sierra Leone"] , "Awareness Times" (news.sl), July 24, 2007.] Nyuma was severely beaten by Koroma's guards, and he was hospitalized as a result. [James Butty, [http://www.voanews.com/english/Africa/2007-07-24-voa8.cfm "Sierra Leone Investigates Alleged Attempted Assassination"] , VOA News, July 24, 2007.] According to another version of events, however, there was no assassination attempt and the claim was invented to justify the beating of Nyuma. [Sia Tiyaama, [http://news.sl/drwebsite/publish/article_20056117.shtml "Prof. Sia Tiyaama Exposes Assassination Hoax Timeline of APC & Standard Times in Sierra Leone"] , "Awareness Times", July 27, 2007.]

In the first round of the 2007 presidential election in Sierra Leone, held on , Koroma garnered 44.3% of the votes, ahead of of the ruling SLPP, who received 38.3%. This was not enough to win outright,

Koroma has taken a notably long time to name his Cabinet ministers, and has done so in stages.

Koroma was formally inaugurated in Freetown on

Ernest Bai Koroma is married to , a and a native of . Together they have two children, Alice and Danke Koroma.