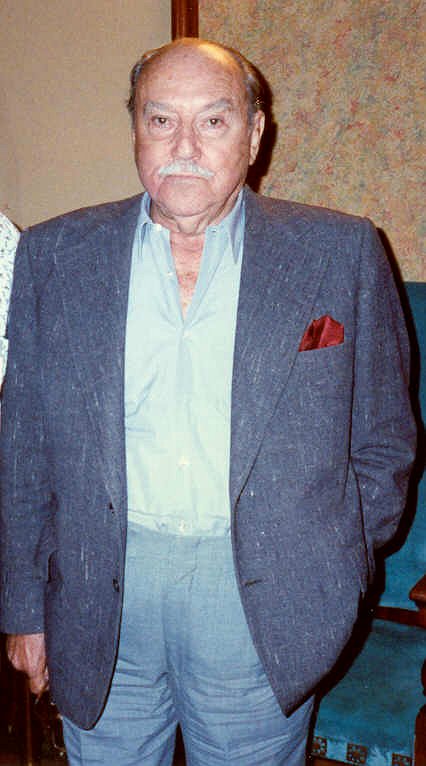 Gale Gordon (, – , ) was an American character actor. Remembered best as 's longtime television foil &mdash; and particularly as cantankerously combustible, tightfisted bank executive , on Ball's second , "" &mdash; Gordon was just as respected for his earlier career in classic American radio, where he was once the highest-paid actor in the medium, even though he was never a top-billed radio star.

Gordon was the first actor to play the role of , in the 1935 radio serial "The Amazing Interplanetary Adventures of Flash Gordon". [ [http://www.audio-classics.com/ltheamazinginterplanetary.html Audio Classics Archive: The Amazing Interplanetary Adventures of Flash Gordon] ] In 1950, Gordon played John Granby in the radio series "Granby's Green Acres", which became the basis for the 1960s television series, "." Gordon went on to create the role of pompous principal "Osgood Conklin" on "", carrying the role to when the show moved there in 1952.

In the interim, Gordon turned up as Rudolph Atterbury on "", which starred Lucille Ball in a precursor to "". Gordon and Ball previously worked together on "The Wonder Show" starring Jack Haley from 1938 to 1939. The two had a longterm friendship as well as recurring professional partnership. In addition, Gordon landed a recurring role as fictitious Drugs sponsor representative Mr. Scott on yet another radio hit, "", staying with the role as long as Rexall sponsored the show.

The widely acknowledged master of the "slow-burn" temper explosion in character, Gordon was actually the first pick to play Fred Mertz on "I Love Lucy", but he was committed to "Our Miss Brooks" and had to decline the offer in favor of . But he did make two guest shots on the show as Ricky Ricardo's boss, Alvin Littlefield, owner of the Tropicana Club where Ricky's band played, and later played a judge on a "" episode. Gordon also had a co-starring role in the television comedy "".

In 1962, Ball created "" and planned to hire Gordon to play Theodore J. Mooney, the banker who was first Lucy Carmichael's executor and subsequently her employer, when she went to work in his bank. Gordon, however, was still under contract to play the second George Wilson neighbor, (after the death of ) on "Dennis the Menace". When that show ended in spring 1963, Gordon joined "" as Mr. Mooney for the 1963-64 season. In the interim, Charles Lane played the similar Mr. Barnsdahl character for the 1962-63 season. The somewhat portly Gordon was not only adept at physical comedy, but could do a perfect cartwheel. He did this once onThe Lucy Show, and again as a guest on "".

After the sale of Desilu studios, Ball shut down "" in 1968 and retooled it into "". She used Gordon yet again---this time as her irascible boss (and brother-in-law) Harry Carter, at an employment agency that specialized in unusual jobs. It was really the Lucy Carmichael/Mr. Mooney relationship continued with new names and a new setting.

Gordon all but retired when "Here's Lucy" ended (although he did reprise his role of Mr. Mooney in the first aired episode of ""), but in the 1980s he came out of retirement to join Ball one last time, for the short-lived "". When Lucille Ball finally called it a career, Gale Gordon turned out to be the only actor to have co-starred or guest-starred in every weekly series, radio or television, she had done since the 1940s.

Gale Gordon died of at age 89 in , not long after the death of Virginia, his wife of nearly 60 years. They had no children.The first biography of the ever-funny Gale Gordon is being researched and written by Jim Manago (author of "Love is the Reason for it All: The Shirley Booth Story" (BearManor Media, April, 2008)

In 1999, he was inducted posthumously into the , and for his contribution to radio he has a star on the at Radio 6340 Hollywood Blvd.