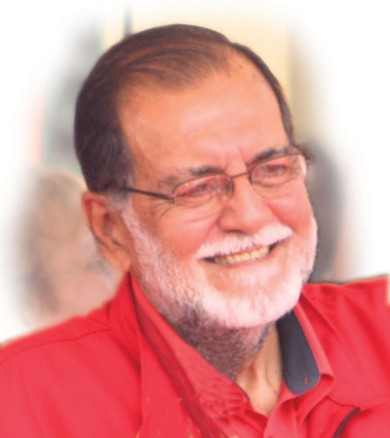 Schafik Jorge Handal (, – , ) was a Salvadoran politician. Born in , he was the son of immigrants. [http://www.signonsandiego.com/uniontrib/20060130/news_1m30handal.html]

Between 1973 and 1994, he was the general secretary of the . As GS of the PCS, Handal embraced elections and rejected armed struggle to conquer political power in El Salvador. Later on, after two allegedly fraudulent elections in 1972 and in 1977, and despite the intervention of the (History of the FMLN, newspaper "Frente"), Handal became convinced that the defeat of the military dictatorship would not be possible through elections. As a guerrilla leader in the late 1970s and early 1980s, he was a member of the group that brought five opposition forces together to found the (FMLN).

Following the signing of the in 1992, the FMLN converted itself from a guerrilla army into a political party, and Handal served as its general coordinator. In 1997, he was elected to the Legislative Assembly, serving as the leader of the FMLN's party bloc in the legislature.

He was the FMLN's candidate in El Salvador's 2004 presidential election, held on , running on a leftist platform that called for a friendly relationship with the (according to his own pamphlet for the campaign), renegotiation of treaties and a closer relationship with socialist-oriented countries in , including , and . Opponents accused Handal of exploiting anti-American sentiment while FMLN supporters accused the United States of corrupting the electoral process, because several high ranking U.S. officials stated that American relations with El Salvador would be seriously threatened if Handal won the elections. Handal was defeated by the candidate of the ruling conservative party, , who was also of Palestinian descent, by a margin of 58% to 36%. The election saw a turnout of 70% at the polls.

Handal died less than two years after his failed presidential bid, on , of a heart attack. He fainted at Comalapa Airport upon his return from where he had attended the inauguration ceremony of President ; he was flown by helicopter to a hospital but doctors were unable to revive him.