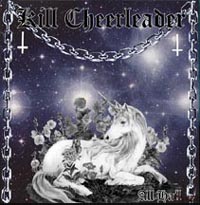 "All Hail" is 's first full-length album, released in 2004, by / Records and later reissued in 2006. 6 out of the 12 songs on this album were featured on their previous releases as well.

* All songs arranged by
* Recorded and Produced by Jordon Zadoronsky and
* Mixed by Terry Sawchuck, , Jordon Zadoronsky (track 11) and No One (track 12)
* Mix Touch-Ups - Ted Onyszczak
* Mastered by Andy Krehm
* Exec. Produced by Spencer Cage
* Drums on track 3 by Jimmy Nova
* Cover Art by Ethan Deth and Penny Parker