Grasse (French pronunciation: [ɡʁas]; Provençal Occitan: Grassa in classical norm (and Italian) or Grasso in Mistralian norm) is a commune in the Alpes-Maritimes department (of which it is a sub-prefecture), on the French Riviera.

The town is considered the world's capital of perfume.[1] It obtained two flowers in the Concours des villes et villages fleuris contest [2] and was made "Ville d'Art et d'Histoire" (town of art and history).[3] 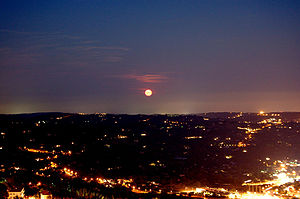 View of Grasse at night

Grasse's main attraction is the Cathedral, dedicated to Notre Dame du Puy and founded in the 11th century.

In the interior, are three works by Rubens and one by Jean-Honoré Fragonard, a French painter native of the town.

There is an annual Fête du Jasmin or La Jasminade, at the beginning of August.

These days, it is a big event; decorated floats drive through the town, with young women in skimpy costumes on board, throwing flowers onto the crowds.

This is known as the 'flower battle' and everyone gets soaked by the natural perfume of the flowers.

There are also fireworks, free parties, folk music groups and street performers. There is also an annual international exhibition of roses ("Expo Rose"). 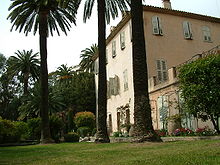 Grasse was the birthplace of:

Grasse was the death place of: 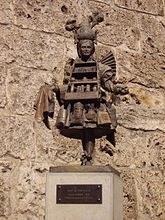 Grasse is twinned with: