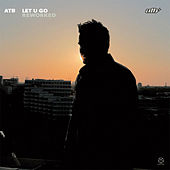 
"Let U Go (Reworked)" is a single released by German dance musician ATB. The original "Wrong to Let You Go" had been written by of the pop-rock band Wild Strawberries and world Guitarist Robert Michaels . ATB remixed it several times to release a dance version of the song in 2001.

In 2005 a album called "" was released, which included all previous singles and several new songs. One of these was "Let U Go (2005 Reworked)," being the former dance-single that had been turned into a calm pop-song. Roberta Harrison's vocals, which originally featured the song, were replaced by those of male singer ( [http://www.janloechel.de/] ), who also played the guitar parts of this new version. An uptempo dance edit of the album version was eventually released as an -single and vinyl. Unlike the album version, the radio edit contained bits that reminded of the 2001 single release. Later a CD-single was released elsewhere.