Business casual is a popular dress code in professional and white-collar workplaces in Western countries. In the United States, 43% of non-self-employed workers commonly wear casual business attire. Casual street wear is the next most common work attire (28%), closely followed by uniforms (19%). Only a minority (9%) of workers wear formal business attire.[1]

Jeans are sometimes acceptable in workplaces as part of business casual attire. Some Silicon Valley entrepreneurs such as Steve Jobs were known to wear jeans as part of the business casual look, while in other companies blue jeans are not considered suitable for managers or even business casual. [2] In academic, research and office settings, however, jeans may be worn with a polo shirt or dress shirt. The second-from-the-top button may also be opened in addition to the very top button.[citation needed] The most notable exception to this is the banking world, in which formal dress is often required.

Neckties and cufflinks are generally not required for business casual dress. Of the 33% of men who wear a necktie to work, 60% wear a necktie occasionally, while only 18% wear them all the time.[1]

Business casual is sometimes equated with (or depending on perception, confused with) smart casual. 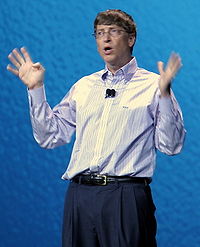 An employment counseling office at an American university defines business casual dress as a middle ground between business formal wear and casual wear.[5] The following are examples of appropriate workplace apparel from some organizations with a business-casual dress code:[citation needed]