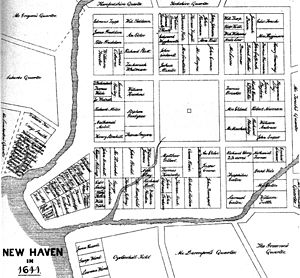 The historic New Haven Green is the central square of the city's plan, created in 1638. The Green remains preserved today as the heart of the first planned city in America, and the downtown gracefully wraps around it.

Downtown New Haven is one of the most residential downtown areas in the United States, with nearly 7,000 inhabitants.[1] The expansion of housing options in recent years has helped support downtown businesses and has brought about a surge in economic activity.[2] Secondary streets and areas at the periphery of the neighborhood that once contained vacant storefronts are now almost entirely leased to restaurants and retailers, and the office vacancy rate has seen a drastic improvement as well.

Notable sites of the past