The Adventure of the Lion's Mane

The Adventure of the Lion's Mane

"The Adventure of the Lion's Mane", one of the 56 Sherlock Holmes short stories written by British author Sir Arthur Conan Doyle, is one of 12 stories in the cycle collected as The Case Book of Sherlock Holmes. It is notable for being narrated by Holmes himself, instead of by Dr. Watson (who does not appear in the story). 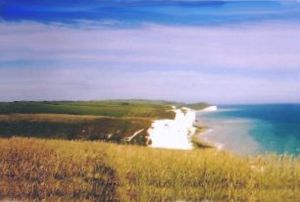 Holmes is enjoying his retirement in Sussex when one day at the beach, he meets his friend Harold Stackhurst, the headmaster of a nearby preparatory school called The Gables. No sooner have they met than Stackhurst's science master, Fitzroy McPherson, staggers up to them, obviously in agony and wearing only an overcoat and trousers. He collapses, manages to say something about a "lion's mane", and then dies. He is observed to have red welts all over his back, administered by a flexible weapon of some kind, for the marks curve over his shoulder and round his ribs.

Moments later, Ian Murdoch, a mathematics teacher, shows up. He has not seen the attack, and has only just arrived at the beach from the school. Holmes sees a couple of people far up the beach, but thinks they are much too far away to have had anything to do with McPherson's death. Likewise, the few fishing boats off the beach are too far out.

It emerges that Murdoch and McPherson were friends, but had not always been. Murdoch is an enigmatic fellow with an occasional bad temper. He once threw McPherson's dog through a plate-glass window, for instance. Despite this, Stackhurst is sure that they were friends.

McPherson also had a lover, and on further investigation, it turns out that Maud Bellamy was McPherson's fiancée. A note confirming a meeting with her was found on McPherson, but it gave no clear details.

Holmes goes to look at the lagoon formed by a recent storm that local men have been using as a bathing pond. He sees McPherson's towel lying there dry and concludes that he never went into the water. Holmes arranges to have the caves and other nooks at the foot of the cliffs searched, expecting that that will turn up nothing and no-one. He is right.

Stackhurst and Holmes decide to go and see Miss Bellamy to see whether she can shed any light on this perplexing mystery. Just as they are approaching The Haven, the Bellamys' house, they see Ian Murdoch emerge. Stackhurst demands to know what he was doing there, and an angry exchange ensues with Murdoch declaring in effect that it was none of Stackhurst's business. Stackhurst loses his temper and sacks Murdoch on the spot. He storms off to get ready to move out. 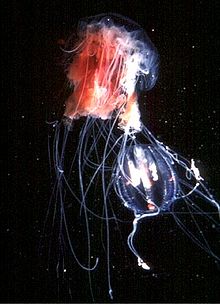 They visit the Bellamys and find an amazingly beautiful woman in Maud Bellamy, but two most unpleasant men in her father and muscular brother. It seems that they did not approve of the liaison between Maud and McPherson. They do not even find out about the engagement until this meeting, such has been the secrecy of their affair. Maud says that she will help however she can, but it does not seem likely that she can do anything. It emerges, however, that Ian Murdoch was once a potential suitor to Miss Bellamy. Holmes begins to suspect that Murdoch may be responsible for McPherson's death, out of jealousy.

A further mystifying clue presents itself when McPherson's dog is found dead at the very pool where McPherson met his end. It obviously died in agony, much as its master did. At this point, Holmes begins to suspect something else. The dead man's dying words, "lion's mane," have triggered a memory, but he cannot quite call it back to mind.

Inspector Bardle of the Sussex Constabulary visits Holmes to ask if there is enough evidence to arrest Ian Murdoch. Holmes is sure that there is not. The case is most incomplete, especially as Murdoch has an alibi. He also could not have singlehandedly overcome McPherson, who was quite strong, despite having heart trouble. The two men also consider McPherson's wounds. The weals actually looked as though they may have been administered by a hot wire mesh, or perhaps a cat o' nine tails. Holmes has formed a theory which might explain McPherson's death and is about to go back to the bathing pond to test it.

As he is about to leave, Murdoch arrives, helped in by Stackhurst, who is afraid that Murdoch might be dying. He has the same wounds on him that McPherson had. Some brandy, though, makes him feel much better, and he does not die.

At the bathing pond, Holmes spots the murderer: it is a Lion's Mane Jellyfish (Cyanea capillata), a deadly creature about which Holmes has read. Holmes takes a rock and kills it. He shares the story by John George Wood of an encounter with just such a jellyfish with the other men. Murdoch is exonerated, of course. It turns out that he was acting as a go-between for McPherson and Maud, and did not wish to discuss it with anyone. The story ends on an upbeat note as Stackhurst forgives Murdoch and gives him his job back.

This is one of only two stories by Sir Arthur Conan Doyle to be narrated by Sherlock Holmes himself instead of Dr. Watson. The other story is "The Adventure of the Blanched Soldier".