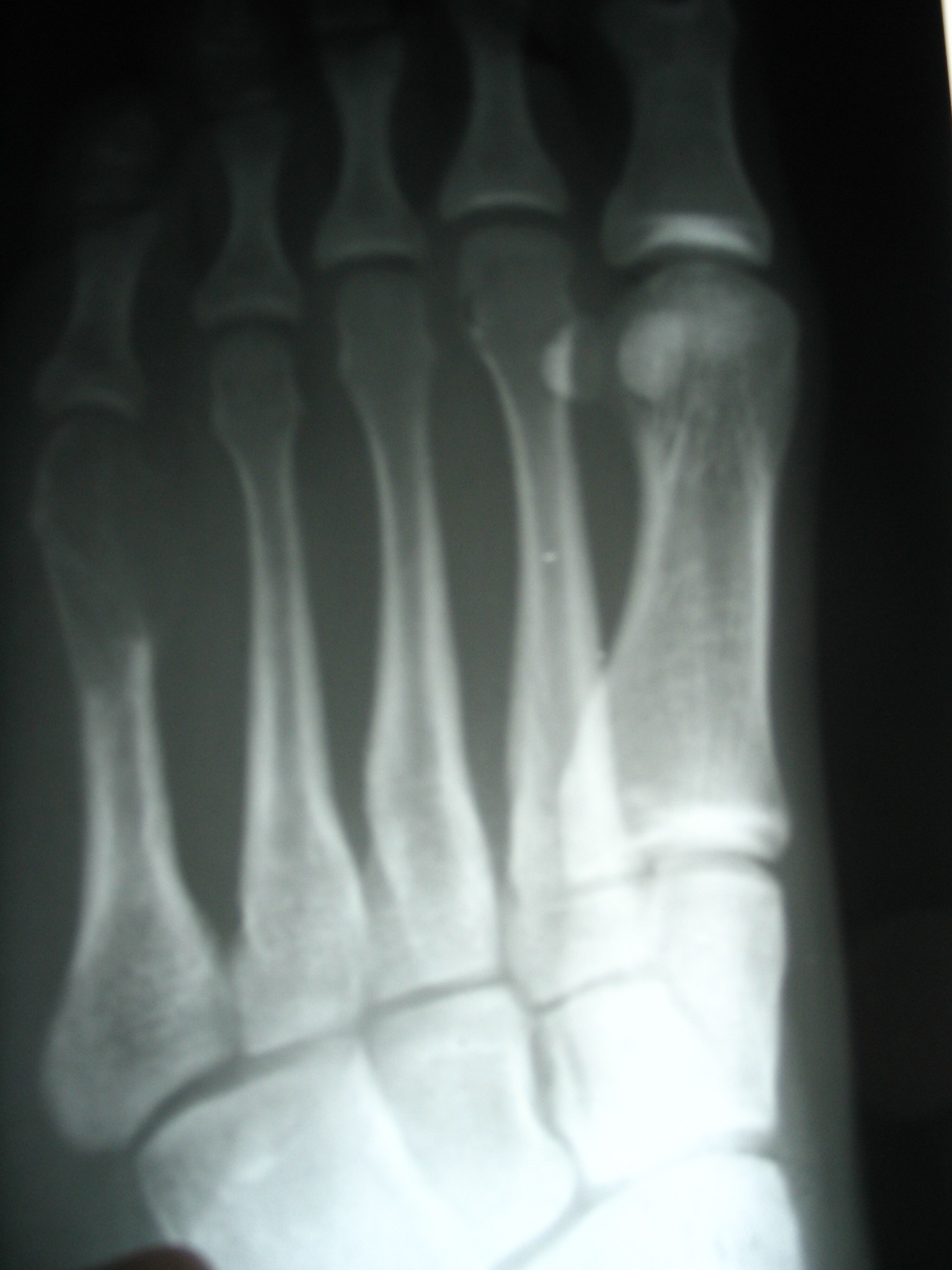 Caption = The ABC is located on the left, on the fifth metatarsal. Notice that the bone appears to be missing on the x-ray.
DiseasesDB =
ICD10 = ICD10|M|85|5|m|80
ICD9 = ICD9|733.22
ICDO =
OMIM =
MedlinePlus =
eMedicineSubj = radio
eMedicineTopic = 26
MeshID = D017824
An aneurysmal is an expansile with a thin wall, containing blood-filled cystic . The term aneurysmal is derived from its ic appearance.

The lesion generally arises in a pre-existing bone , this is because of the abnormal bones changes in . An aneurysmal bone cyst can arise from a pre-existing , a , an , a giant cell tumor, or . A giant cell tumor is the most common cause, occurring in 19% to 39% of cases. Less frequently, it results from some tumors, such as , , and .

Aneurysmal bone cysts may be , staying inside of the bone marrow. Or they may be , developing on the surface of the bone, and extending into the marrow.

# Initial phase of .
# Active growth phase, characterized by destruction of bone tissue.
# Stable stage, where a formation of a bony shell and internal bony septa produce its soap bubble appearance.
# Healing phase where the cyst eventually heals into an irregular dense bony mass.

The afflicted may have relatively small amounts of pain that will quickly increase in severity over a time period of 6-12 weeks. The skin temperature around the bone may increase, a bony swelling may be evident, and movement may be restricted in adjacent joints.

Spinal may cause and patients with skull lesions may have headaches.