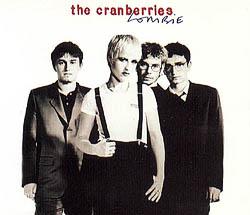 "Zombie" is a by the Irish band from the 1994 album "". It features a heavy guitar riff which is uncharacteristic of the band's usual sound, more akin to heavy metal than their usual alternative rock style. This song met a great success in many countries, including France, Belgium, Australia and Germany where it topped the charts.

"Zombie" was recorded at the Windmill Lane Studios in Dublin in 1994. It was written during the Cranberries' English Tour in 1993, in memory of two boys, Jonathan Ball and Tim Parry, who were killed in an IRA bombing in Warrington, Cheshire (North-West England) on . [citebook|title=The Rough Guide to Rock|author=Peter Buckley, Jonathan Buckley|year=2003|publisher=Rough Guides|id=ISBN 1843531054]

"Zombie" is one of the band's biggest singles, reaching #3 in their native Ireland, and having a total chart run of 11 weeks. The song reached #14 in the (with a total chart run of six weeks), and topped the U.S. Modern Rock chart for six weeks, it also appeared on the French Top 50 for nine weeks (with 19 weeks in the Top 10) and the German Top 100 for one week (with a total chart run of 27 weeks), both in ; and also reaching number 2 in , and . Zombie was number 1 in Australia for 8 weeks. The single has sold 2 million copies alone, and the song, since its release in late 1994, has been performed on every live tour.

In 1995, a techno cover version by French duo A.D.A.M. featuring Amy reached #16 in the UK singles chart, with a total chart run of eleven weeks. ian Flamenco Metal band also covered the song as a to their 2007 digital download single "Look at Me Now". They decided to record the song due to an extremely positive response after playing the song on tour.

"Zombie" was released as a in 1994. The video was directed by , and produced by Doug Friedman and H.S.I. Productions. In the video, is covered in gold paint surrounded by children (see image below). She is reminiscent of the classic image of . The video also contains shots of British soldiers on patrol in . The unsuspecting troops were told that their footage was to be included in a documentary about the day to day operations of various peace keeping/occupation forces. This was timely as 1995 was the last year British forces were visibly present in Northern Ireland.

* sings this song in "The Return," an episode in the third season of "The Office", thus annoying his co-workers.
*Claus Wärner sings this song while playing his guitar, drunk, on a store shelf to the zombies that have overtaken the mall in the "Radio Pleppo" episode named "ZOMBIES!"
*Skateboarder Serge Murphy uses this song for his ending part in Thanks Camera 3

* [http://www.prato.linux.it/~lmasetti/canzonicontrolaguerra/canzone.php?lang=it&id=163 The "Zombie" page in the Antiwar Songs website] with lyrics and translations in 19 languages