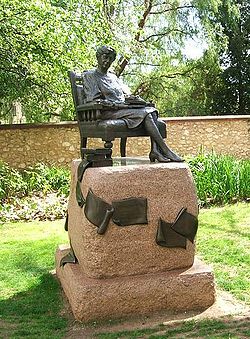 Roma Mitchell was born in Adelaide in 1913, the second daughter and youngest child of Harold and Maude Mitchell (née Wickham).

A graduate of St Aloysius Convent College, Adelaide, she was made a Justice of the Supreme Court of South Australia in 1965. She was still the only female judge in South Australia when she retired 18 years later in 1983 although Justices Elizabeth Evatt and Mary Gaudron had been appointed to federal courts by the Whitlam Government.

She was Governor of South Australia from 1991–1996, the first female Governor in Australia. Mitchell also served as Chancellor of the University of Adelaide from 1983–1990 and was a member of the Council for the Order of Australia from 1981 to 1990.

Dame Roma Mitchell was considered to be a pioneer of the Australian women's rights movement. Her grandfather, Samuel James Mitchell, was the first Chief Justice of the Northern Territory.

On 26 January 1991, Dame Roma was appointed a Companion of the Order of Australia (AC), Australia's highest civilian honour, for services to the law, to learning, and to the community.[3]

She was made a Commander of the Royal Victorian Order (CVO) on 1 January 2000.[4] Dame Roma received her honour directly from The Queen of Australia in a private investiture.