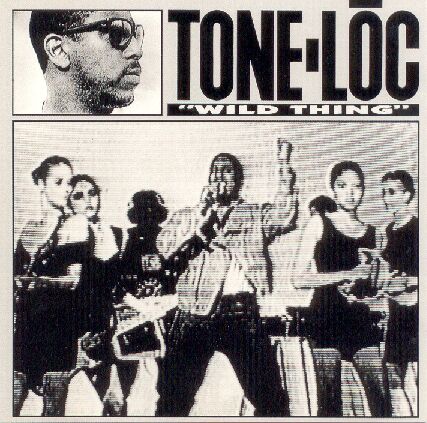 "Wild Thing" is the name of 's hit single from the album "". The title is a reference to the phrase "Doin' the wild thing", a for sex, unlike The ' hit song, "Wild Thing", (with a later psychedelic version by ) in which the Wild Thing was a girl.

The track was produced by , who would later go on to produce albums by the and .

The song uses an uncredited sample of 's "". Van Halen's management at the time asked for a flat fee (credited in some reports to be USD$5,000) as payment to have the song sampled by Tone Lōc. Apparently, this decision was taken without consulting the band's original members (credited as co-authors of the song), who in turn did not expect "Wild Thing" to become the major hit it became. A subsequent civil lawsuit was settled out of court, with the band receiving USD$180,000 as settlement payment. has gone on record saying that he had heard the song over the radio halfway and not realizing it had been sampled until he recognized his (by now famous) tom-tom break at least a few times. Concerning the settlement, he said: "Well, at least we got something. Tone Lōc and his people made millions out of it..."

At the end, Tone says "." Coincidentally, this song predates .

The song was remixed in 2007 with additional production and vocals from Peaches.

A was made for the song at a reported cost of only $500, copying the style of Robert Palmer's "Addicted to Love" with mini-skirted women playing guitars next to Tone Lōc, which went into on .