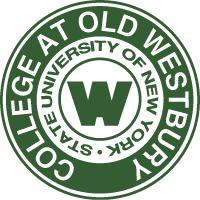 The State University of New York College at Old Westbury is a university college that is part of the system. The college is located in , with portions of the college overlapping into the town of . With 3,000 plus students, SUNY Old Westbury serves as the only public liberal arts college on Long Island.

The State University of New York College at Old Westbury was founded in 1965 by the State University of New York Board of Trustees. It began in 1968 at Planting Fields, the former Coe Estate and arboretum located in Oyster Bay, . In 1971, the College moved to its present Old Westbury site in Nassau County on — an estate, known as "Broad Hollow", formerly owned by agriculturist, industrialist, sportsman and philanthropist .

SUNY College at Old Westbury's students have 45 different degree options to choose from that helps to complement a liberal arts education.

The “small college” atmosphere of Old Westbury is best witnessed in class, where there is one faculty member for every 18 students. Of the College’s 122 full-time professors, approximately 80 percent hold the highest degree in their discipline. Seven members of the faculty have been named Distinguished Teaching Professors and another three have been named Distinguished Service Professors by the State University, which are among the highest ranks available in the University system.

While foremost among the goals of these researchers, writers, and teachers is the education of their students, Old Westbury faculty members are actively engaged in research, publication, and public service. In the 2004-05 academic year alone, the College generated some $2.6 million in research and service funding from such sources as the National Science Foundation, the National Endowment for the Humanities, and the Long Island Community Foundation.

Evidence of the success of faculty in educating its students can be found in the successes of Old Westbury's students and graduates. In 2005, the research efforts of a chemistry major were honored at a national student research conference in Dallas, Texas. Then, graduates of the School of Education earned certification at a rate of 93 percent as they moved into their teaching careers. Lastly, in the most recent results available, graduates of the accounting program sitting to take the CPA exam for the first time passed all the sections they took at rates higher than all other colleges on Long Island, the fifth time in the past six years they have done so.

Old Westbury differs from most schools in that its credit system is based on four credits instead of three. This allows for students to complete their degrees with fewer courses than they would if they were to attend a three-credit school.

The college is also unusual in that its normal school week runs on a Monday through Thursday schedule, instead of Monday through Friday as at most colleges and universities. Students taking science courses usually have labs scheduled on Fridays.

Old Westbury's student life is one of the most diverse in the Northeast. While the majority of enrolled students are white, the school has large Asian, Black, and populations. A majority of the students who live in Old Westbury's residence halls are minorities and there have been recent complaints by students that the residence halls do not reflect the diversity of the campus itself. Another complaint of students is Old Westbury's lack of student life on the weekends. Since classes do not meet on Friday, many students go home to New York City and Long Island, which leaves the campus with very few students on the weekends.

The Old Westbury Student Government Association consists of an Executive Board which includes a president, vice president, treasurer, secretary, public relations officer, executive staff officer and a governor of social affairs who is responsible for managing clubs and organizations on campus as well as organizing student activities. The Student Government also has a student senate and a judicial court.

In addition there are many clubs and organizations on campus serving a variety of student interests.

Marijuana and Other Controversies

SUNY Old Westbury was the home of a large scale and self sustaining marijuana farm. In 2005, a contractor discovered 10 x convert|60|ft|m|sing=on tanks which were used to house seedlings, transplants and adult plants. The growing area was thought to have covered convert|1800|sqft|m2. [http://www.longislandpress.com/?cp=162&show=article&a_id=7022] [http://www.hightimes.com/ht/news/content.php?bid=538&aid=24] The college has recently began to enforce a policy that forces students with below a 2.0 average to leave their dorm. This has caused much dismay for some students who may have no choice but to withdraw from the college due to the time and financial hardships their long commute to the campus has caused. Students forced to evacuate their dorms as a result of this policy are not in any way experiencing an academic benefit, as the policy was supposed to cause. Rather, students are put into an even more unfavorable position in terms of improving their academic standing and many have no choice but to withdraw from the college. [http://www.newsday.com/news/local/longisland/ny-lidorm0209,0,2763045.story] [http://www.nytimes.com/2008/02/13/nyregion/13dorm.html?pagewanted=1&_r=1&ref=education&adxnnlx=1203440619-BE6zivI9N0QgDI9otiDeuw] SUNY Old Westbury President Calvin Butts is pushing for a merger of the college with nearby SUNY Farmingdale. Butts claims that, by merging, the two schools could have a combined effort since they are competing for the same students and are facing budget concerns. This proposal has so far been adamantly dismissed by Farmingdale, who does not see the benefit of combining with a school who has half as many students and is less desirable for students to attend. The Interim Chancellor of SUNY said there are no plans for a merger. [http://www.newsday.com/news/local/education/ny-lisuny165687820may16,0,4380739.story]

In being true to the tradition of NCAA Division III athletics, SUNY College at Old Westbury seeks to offer an athletic program that offers student-athletes the opportunity to participate, learn and excel — both in competition and in class. Special emphasis is placed on the student-coach relationship and the importance of the overall educational experience of each student-athlete is constantly stressed. That education extends to the arena of competition, where Old Westbury’s playing fields are classrooms and its coaches are teachers. The goal in each instance is the same, to learn and grow as students, athletes and people.

The Physical Education & Recreation Center, aka the Clark Athletic Center, houses a 25-meter swimming pool; a modern gymnasium with seating for 2,000; a complete strength and conditioning facility; and an aerobic workout room complete with state-of-the-art physical fitness accessories.

The neighboring Athletic Complex, dedicated in 2006, adjoins the Clark Center. It includes a baseball stadium and softball field. The baseball stadium that provides seating for more than 1,000 fans on aluminum benches, with each seat offering an excellent view of the symmetrical field. Two cement walk-in dugouts provide comfortable accommodations for both teams, large bullpen areas are located down the foul lines adjacent to the dugouts, and a press box is now available for game announcers and media personnel. Lights designed to meet NCAA tournament specifications offer one of the few outlets for night baseball in Nassau County. On the softball field, new fan seating, dugouts, and fencing have been installed and the field and diamond itself have been completely refurbished.