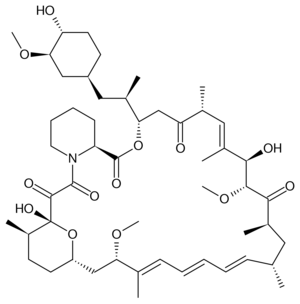 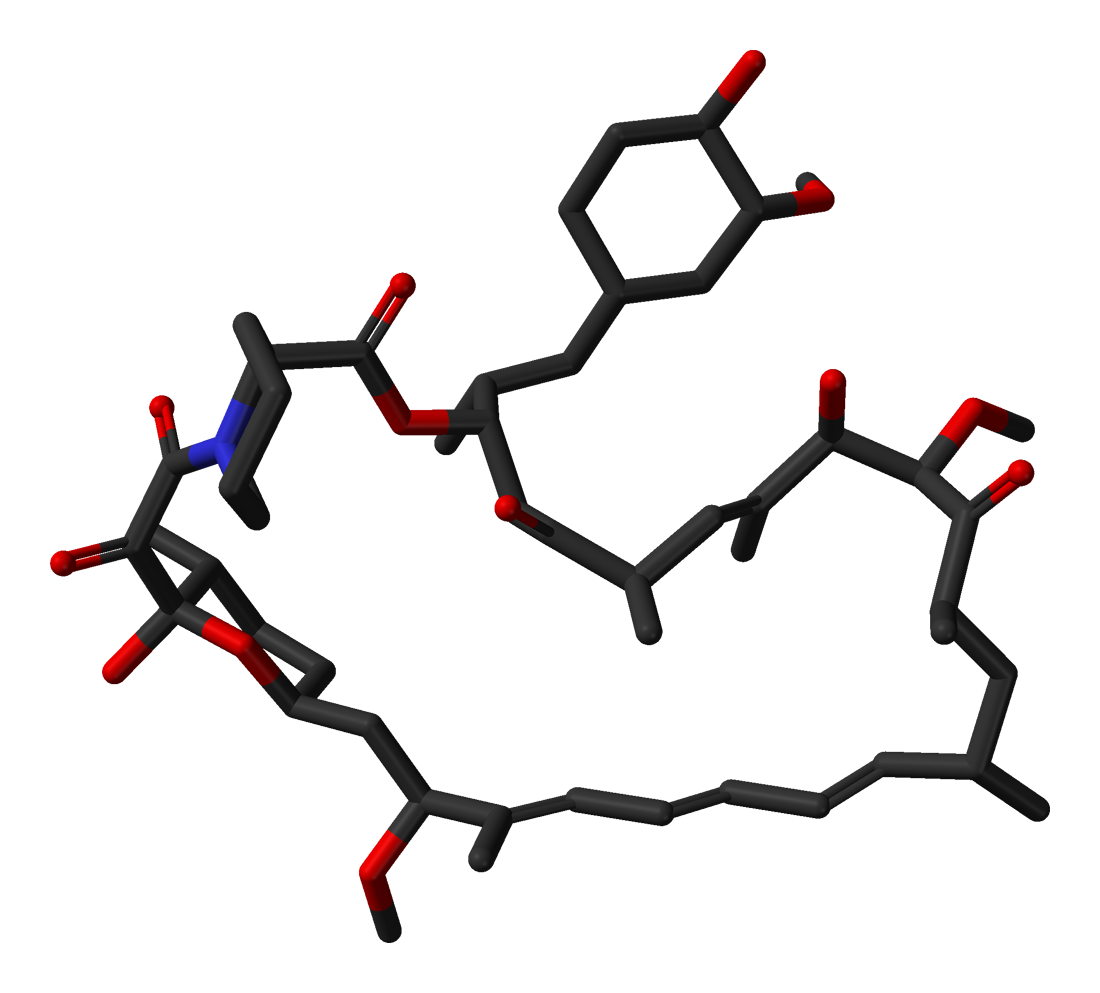 Sirolimus (INN) is a relatively new immunosuppressant drug used to prevent rejection in organ transplantation, and is especially useful in transplants. It is also known as rapamycin. Sirolimus is a first discovered as a product of the bacterium "Streptomyces hygroscopicus" [ [http://www.fermentek.co.il/rapamycin.htm Rapamycin product page] from ] in a soil sample from an island called Rapa Nui, better known as Easter Island.

Interestingly, sirolimus was originally developed as an antifungal agent. However, this was abandoned when it was discovered that it had potent immunosuppressive and antiproliferative properties.

Despite its similar name, it is not a like or . However, it has a similar suppressive effect on the immune system. Sirolimus inhibits the response to (IL-2) and thereby blocks activation of T- and B-cells. In contrast, tacrolimus and cyclosporine inhibit the production of IL-2.

The mode of action of Sirolimus is to bind the ic protein "FK-binding protein 12" (FKBP12) in a manner similar to tacrolimus. However, unlike the tacrolimus-FKBP12 complex which inhibits (PP2B), the sirolimus-FKBP12 complex inhibits the "" (mTOR) pathway through directly binding the mTOR Complex1 (mTORC1). mTOR is also called FRAP (FKBP-rapamycin associated protein) or RAFT (rapamycin and FKBP target). FRAP and RAFT are actually more accurate names since they reflect the fact that rapamycin must bind FKBP12 first, and only the FKBP12-rapamycin complex can bind FRAP/RAFT/mTOR.

The chief advantage sirolimus has over calcineurin inhibitors is that it is not toxic to kidneys. Transplant patients maintained on calcineurin inhibitors long-term tend to develop impaired kidney function or even chronic renal failure, and this can be prevented by use of sirolimus instead. It is particularly advantageous in patients with kidney transplants for as this disease is likely to recur in the transplanted kidney if a calcineurin-inhibitor is used. However, on October 7, the FDA approved safety labeling revisions for sirolimus to warn of the risk for decreased renal function associated with its use.

Sirolimus can also be used alone or in conjunction with calcineurin inhibitors and/or , to provide steroid-free immunosuppression regimes. As impaired wound healing is a possible side effect of sirolimus, some transplant centres prefer not to use it immediately after the transplant operation, and start to give it after a period of weeks or months. Its optimal role in immunosuppression has not yet been determined and is the subject of a number of ongoing clinical trials.

The anti-proliferative effect of sirolimus has also been used in conjunction with s to prevent restenosis in coronary arteries following balloon angioplasty. The sirolimus is formulated in a polymer coating that affords controlled release through the healing period following coronary intervention. Several large clinical studies have demonstrated lower restenosis rates in patients treated with sirolimus eluting stents when compared to bare metal stents, resulting in fewer repeat procedures. A sirolimus-eluting coronary stent is marketed by Cordis, a division of , under the tradename Cypher. [cite web|url=http://www.cypherusa.com/ |title=Cypher Sirolimus-eluting Coronary Stent |accessdate=2008-04-01 |publisher= ] It has been proposed, however, that such stents may increase the risk of vascular thrombosis.

Sirolimus also shows promise in treating tuberous sclerosis complex (TSC), a congenital disorder that leaves sufferers prone to benign tumor growth in the brain, heart, kidneys, skin and other organs. The drug is approved by the USFDA for use in children and adults who develop subependymal giant cell astrocytomas, or SEGAs, a brain tumor that appears in up to 30 percent of TSC patients. Phase III clinical trials have linked the drug to SEGA remission, although the tumors often re-grew once treatment stopped. Sirolimus has also been shown to shrink kidney tumors in adults with TSC. Anecdotal reports that the drug ameliorates TSC symptoms such as facial angiofibromas, ADHD and autism remain unproven.

The anti-proliferative effects of sirolimus may have a role in treating cancer. Recently, it was shown that sirolimus inhibited the progression of dermal in patients with renal transplants. Other s such as (CCI-779) or (RAD001) are being tested for use in cancers such as and .

of and sirolimus has been shown to drive -positive lymphomas into in mice. Akt signalling promotes cell survival in Akt-positive lymphomas and acts to prevent the effects of drugs like or . Sirolimus blocks Akt signalling and the cells lose their resistance to the chemotherapy. -positive lymphomas were completely resistant to the therapy; nor are expressing lymphomas sensitive to sirolimus. [cite journal | author = Sun S, Rosenberg L, Wang X, Zhou Z, Yue P, Fu H, Khuri F | title = Activation of Akt and eIF4E survival pathways by rapamycin-mediated mammalian target of rapamycin inhibition | journal = Cancer Res | volume = 65 | issue = 16 | pages = 7052–8 | year = 2005 | pmid = 16103051 | doi = 10.1158/0008-5472.CAN-05-0917 [http://cancerres.aacrjournals.org/cgi/content/full/65/16/7052 Free full text] ] Rapamycin showed no effect on its own.

As with all immunosuppressive medications, rapamycin decreases the body's inherent anti-cancer activity and allows some cancers which would have been naturally destroyed to proliferate. Patients on immunosuppressive medications have a 10- to 100-fold increased risk of cancer compared to the general population. Furthermore, people who currently have or have already been treated for cancer have a higher rate of tumor progression and recurrence than patients with an intact immune system fact|date=January 2008.

In a study of Sirolimus as a treatment for TSC, researchers observed a major improvement regarding retardation related to . The researchers realized Sirolimus regulates one of the same proteins that the TSC gene does, but in different parts of the body. They decided to treat mice three to six months old (adulthood in mice life-spans), and it increased the autistic mice's intellect to about that of normal mice in as little as three days. [ [http://www.sciam.com/article.cfm?id=existing-drug-reverses-a&sc=rss Sciam] Article regarding the potential use of Sirolimus to treat autism]