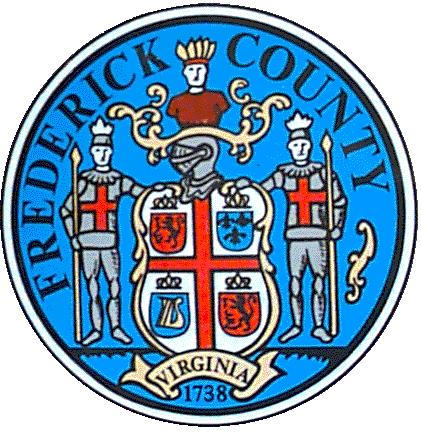 Frederick County is a county located in the &mdash; officially, "Commonwealth" &mdash; of . It is included in the Winchester, - . It was formed in 1743 by the splitting of Orange County. For ten years it was the home of . As of 2000, the population was 59,209. Its is WinchesterGR|6. The northernmost point in Virginia is located in Frederick County.

Frederick County was established in 1743 from Orange County. The county is named for Frederick Lewis, and eldest son of King .

of the Colonial forces, 's headquarters were located in Winchester. Washington represented Frederick County in his first elective offices, having been elected to the in 1758 and 1761. was another famous General during the , from the county (present day Clarke County).

*WinchesterNote: Winchester, like all cities under Virginia law, is an &mdash;politically independent of any county.