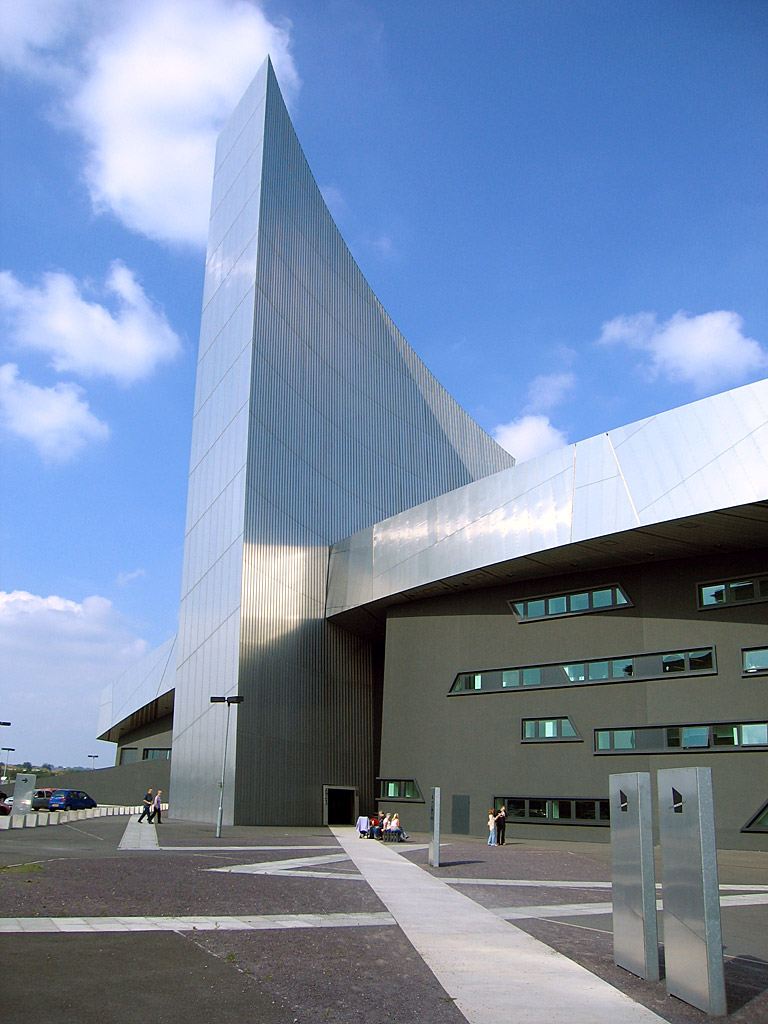 The Imperial War Museum North is a museum at The Quays, Trafford Wharf, , M17 1TZ, , a part of the country that was attacked during and again by the (IRA) in 1996. Located in an historically impoverished area, the museum is world-renowned 's first building in Britain. Opened on , it is one of five branches of the , and the first outside of southeast England. [Citation
last=McLaren
first=Leah
author-link=
title=Triumph over adversity
newspaper=The Globe and Mail
volume=
issue=
pages=R5
year=2005
date=July 6, 2002
url=]

The museum focuses on individuals and their relation to wars, past and present. In particular, according to its website, the museum "tells the story of how war has shaped the lives of British and Commonwealth citizens since 1914". [cite web
last = Imperial War Museum North
first =
title = History of the Imperial War Museum
url=http://north.iwm.org.uk/server/show/ConWebDoc.991
accessdate=2008-06-17]

Inspired by the notion of a , shattered by conflict and then reassembled, Libeskind's design for the building fragments the museum into three enormous parts. Each "shard" bears a curvature identical to that of our planet, so the ostensibly distorted angles the museum's walls make with the floor are actually at exact right angles to the earth. The three shards correspond to the three arenas of war: Earth, Air, and Water.

The Earth Shard, the floor of which curves, forms the base of the building. Atop the vertical Air Shard, which resembles an airplane hangar, sits an observation deck where visitors can see the city of Manchester. The Water Shard tilts like a boat at sea and contains a restaurant overlooking the . [cite web |title=About the Building and its Architect |publisher=Imperial War Museum North |url=http://north.iwm.org.uk/server/show/ConWebDoc.993 |accessdate=2008-02-03] [cite book
last = Libeskind
first = Daniel
title = Breaking Ground
publisher =
location = New York
date = 2004
pages = 232
isbn = 1-57322-292-5 ]

After multiple budget cuts and design modifications, the building was built for £28 million ($65 million) in collaboration with Sir and an engineering company, . Admission to the museum is free.