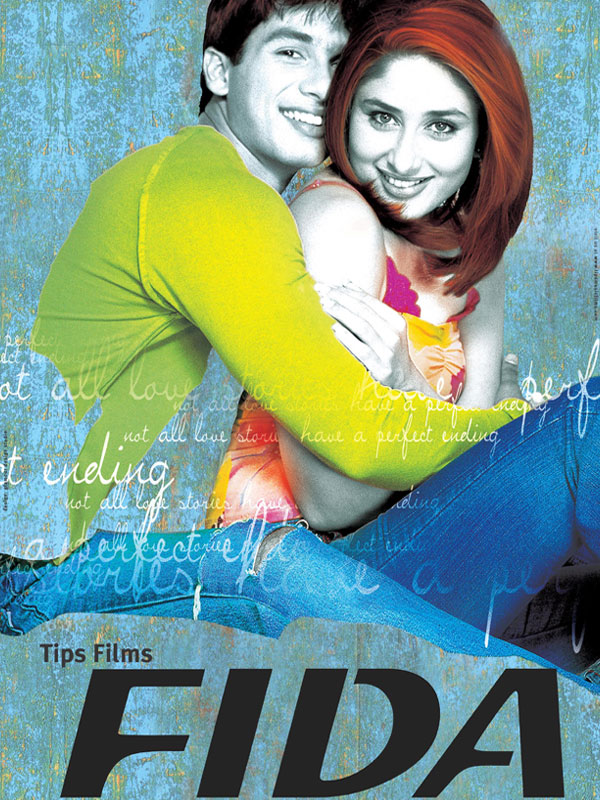 The word Fida also has romantic overtures, e.g. I am so fida on you. Not sure what the exact English translation of this Hinglish is.

is baffled by a series of Internet thefts. Among the victims is Babu Anna (), an underworld don, who wants revenge.

Jai Malhotra () lives with his best friend, Sonia (). He meets Neha Mehra () and falls in love with her.

Neha tells Jai that her father owed money to Babu Anna's gang. To repay this, he became part of a gang of criminals behind the Internet thefts. After his death, the gang is now pursuing Neha.

Determined to help her, Jai tries to rob Vikram Singh (), but gets caught. Vikram, who is also part of the gang of Net thieves agrees to help Jai on the condition that he takes the blame for the Internet thefts. Jai agrees, gives the money to Neha and turns himself in.

When Babu Anna finds out that the thief has been found, he tries to capture Jai, who escapes. With both the police and the underworld after him, Jai goes to Neha's apartment. He finds Vikram there and realises that he has become the fall guy for them both. He escapes from the apartment, but is shot and presumed dead. He is, however, alive and bent on revenge.

Vikram and Neha are finally together. Both Neha and then Vikram start getting anonymous phone calls. Neha believes that the calls are from Jai and that he is still alive. Jai tries to kill Neha, but she is saved by Vikram. The film ends with Vikram finally killing Jai. Before he dies, he shoots Neha in the head, getting his revenge on them both.