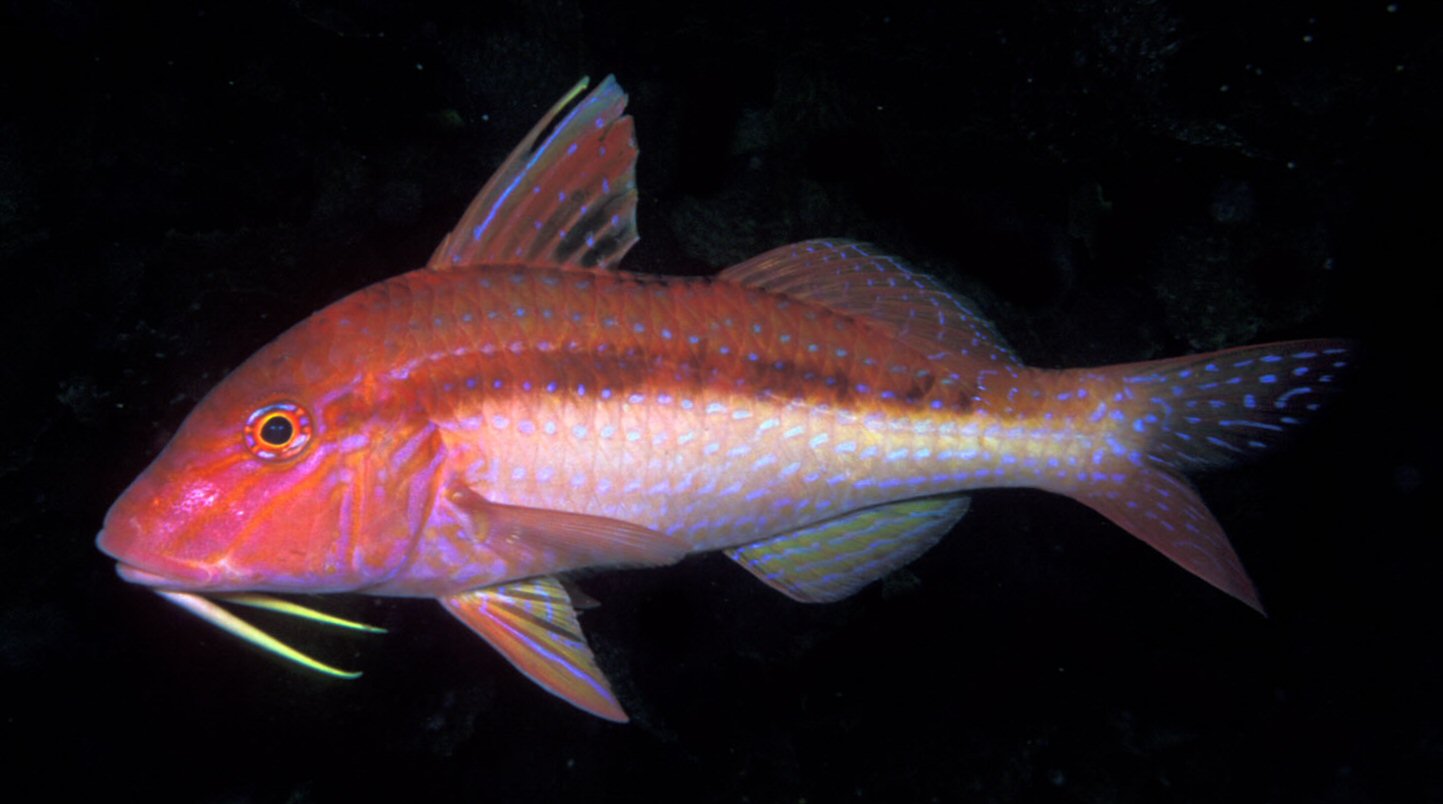 image_caption = Photo by Ian Skipworth
regnum = ia
phylum = Chordata
classis =
ordo =
familia =
genus = ""
species = "U. lineatus"
binomial = "Upeneichthys lineatus"
binomial_authority = (Bloch & Schneider, 1801)The blue-lined goatfish or red mullet, "Upeneichthys lineatus", is a of the family , found off eastern and around at depths of between 5 and 100 m. Its length is up to 30 cm.

The blue-lined goatfish is an elongate, fish with a steeply sloping forehead ending in a downward facing mouth and a pair of conspicuous long barbels under the chin. These barbels are used to dig in bottom crevices or sediments to disturb s or small fish that are quickly snapped up. There are two s, the first high and triangular and the second longer and more rounded.

In early summer large males set up temporary spawning territories and have elaborate border displays and disputes to keep other males out. Young blue-lined goatfish appear in late summer growing to about 15 cm by the end of their first year.

Colouration of this species is very variable. Small individuals are pale pink-brown above, white below, and have a line of dark brown squarish splotches along each flank. The fins are yellowish often tinged with blue. Larger specimens have this same colour pattern when feeding or swimming but are differently coloured when resting on the bottom. At these times the entire body and fins are suffused with bright red, there is a pale blue spot on each body scale, and blue markings on the head and fins. The line of brown markings on the flanks becomes a dark red-brown. Courting males are similarly coloured but are blue tinged pink rather than red and have bright blue markings on the fins. At night, or when removed from the water, blue-lined goatfish are bright orange-red splotched with white.

Blue-lined goatfish are a common inhabitant of coastal areas and although small are delicious eating.