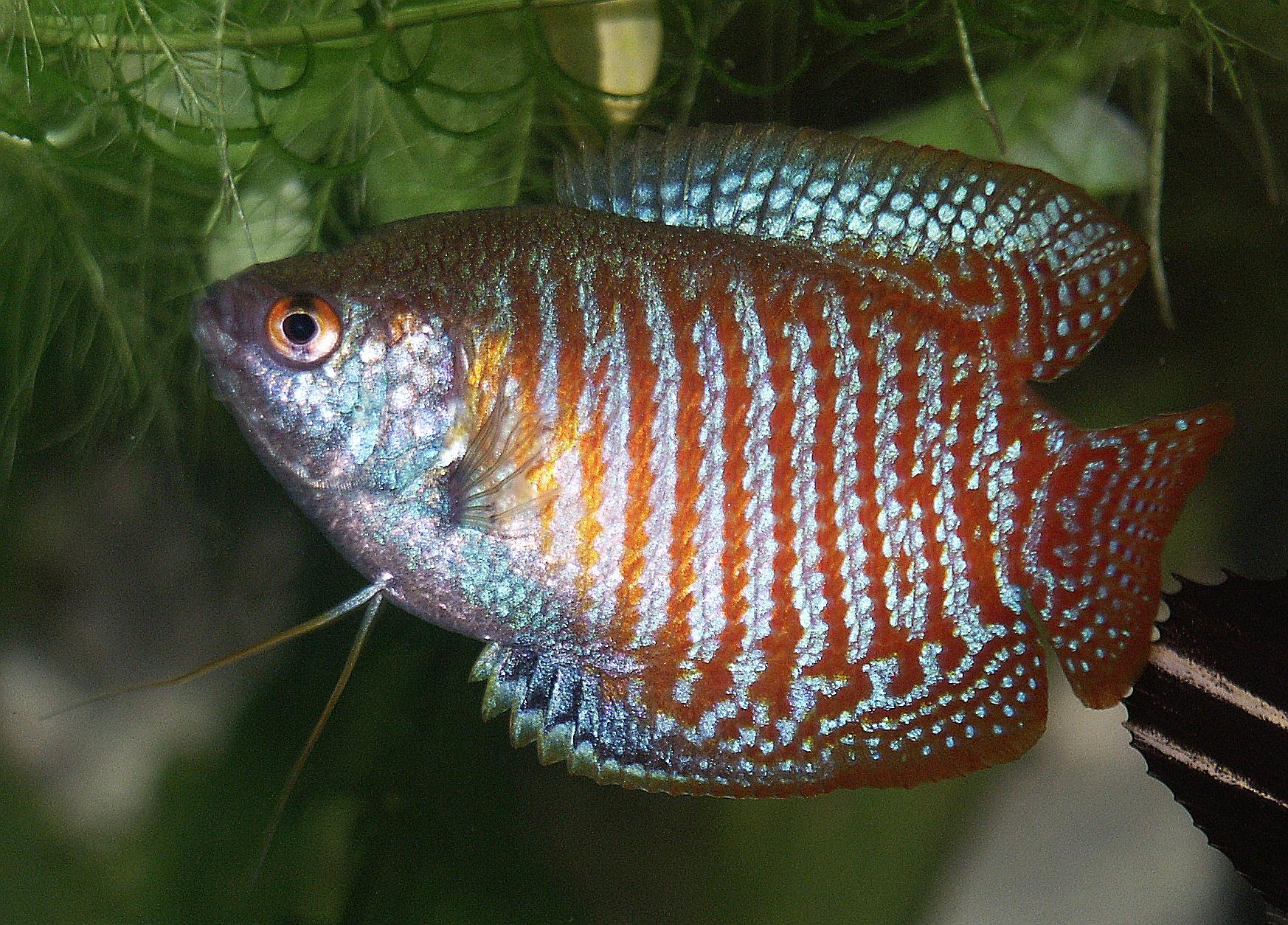 The labyrinth organ, a defining characteristic of fishes in the suborder Anabantoidei, is a much-folded suprabranchial accessory . It is formed by vascularized expansion of the epibranchial bone of the first gill arch and used for respiration in air.

Or more simply put, this organ allows labyrinth fish to take in directly from the air, instead of taking it from the water they reside in through use of . The labyrinth organ helps the inhaled oxygen to be absorbed into the . As a result, labyrinth fishes can survive for a short period of time out of water, as they can inhale the air around them, provided they stay moist.

Labyrinth fishes are endemic to freshwaters of and . In Asia, they are found throughout East, Southeast, and , especially but not exclusively in the warm, slow-flowing, low-oxygenated waters. In Africa, significantly smaller numbers of labyrinth fishes can be found in the lower half of the continent, with concentrations in the rainforest waters.

The characteristics of the fish habitats are indicators of the size of the labyrinth organ, as the organ size is negatively correlated with the level of oxygen in the waters. Species native to low oxygenated waters are more likely to have larger and more complex labyrinth organs than species found in fast-flowing, high-oxygenated waters.

In general, the labyrinth fishes are s that eat small aquatic organisms and carrion. Some species will also consume algae and water plants. Most fishes are active during daytime but several African species feed at twilight and night. Species of the genus "" can spit water toward insects to bring them down to the water surface, similarly to the behavior.

Labyrinth fishes are well-known for their bubble nesting behavior, although some species do not build bubble nests and employ other methods of brooding. For the bubble nesting species, males establish nesting territories and defend them vigorously. As the name suggests, the bubble nests are floating bubbles coated with oral mucus from the males. Typically, the male bubble nesters stay nearby to guard the nests and constantly retrieve any falling eggs and fry to the nest. Some "" species from fast-flowing waters, however, are s and do not build bubble nests. [cite web | url=http://www.bettysplendens.com/articles/page.imp?articleid=1272 |title=A look inside the bubblenest|author=Parnell, V. (2006) | accessdate=2006-12-23] In these species, males hold the eggs and fry in their mouth and release the free-swimming fry about a week to ten days after spawning.

Several labyrinth fishes are important food sources in their native countries. The in particular, is highly valued as food fish, due to its size and tender flesh with few spines. [Chanphong, Jitkasem. (1995). [http://www.fisheries.go.th/aahri/Health_new/AAHRI/AAHRI/Topics/Newsletter/art8.htm Diseases of Giant Gourami, Osphronemus goramy (Lacepede)] . "The Aquatic Animal Health Research Institute Newsletter" 4(1).] This species is farmed extensively in and other Southeast Asian countries and was intentionally introduced in tropical and subtropical waters around the world. During the , the French attempted to introduce this fish to many of their territories. Although an attempt to introduce a population in southern failed, the giant gourami became well established in other French colonies.

Other smaller labyrinth fishes, such as the , the , the , and other gouramies of the genus "" are local food fishes in .

The is perhaps the most popular labyrinth fish in the aquarium trade. The also has a long aquarium history and was one of the first aquarium fishes introduced to the West.