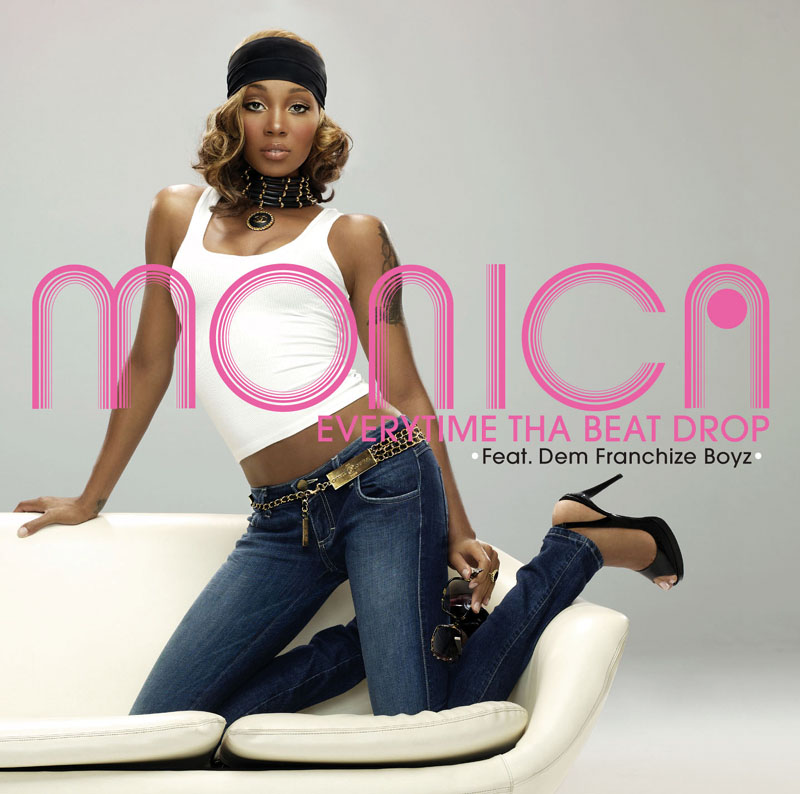 "Everytime tha Beat Drop" is one out of three tracks contributed to "The Makings of Me" and among the last songs on the album Dupri and co-producer worked on in the SouthSide Studios in .

On , an unmastered clip of the song leaked onto the internet via ratethemusic.com, a website that asks people's opinions on new tracks from various artists, and by the entire track had leaked fully edited. The first version has different vocals from the one on "The Makings of Me", and also features less of ' vocals. A version of "Everytime tha Beat Drop" featuring rappers and also leaked the following month.

The for "Everytime tha Beat Drop" was filmed by Norwegian director and entirely shot at the PC&E Sound Stage in on and 8, .

The video does not have a substantial plot but, per Monica's request, focus is on the "snap" theme of the song, catching the Atlanta based vibe of the beats, while performing and dancing in front of subdued colors in grey and in black. Monica and Dem Franchize Boys' scenes are incut by several s and single dance sequences.

The song was released on , to U.S. radios and instantly debuted at number 68 on the U.S. "Billboard" chart after only four days of airplay. Afterwards it jumped from number sixty-eight to number forty-eight on that particular chart, before eventually entering the top 30, reaching its peak position of number 11. The song became Monica's tenth top 20 entry on the "Billboard" Hot R&B/Hip-Hop Tracks chart.

On , , "Everytime tha Beat Drop" debuted at number six on the "Billboard" . While it entered the at number ninety-four in the following week, the song failed to enter the top 50 until its tenth week on particular chart – the same week "The Makings of Me" became available via . The single eventually reached a peak position of nunber 48 on the official Hot 100, becoming Monica's least successful lead single since 's "All Eyez on Me."

Looking back, however, Monica admitted she would have re-worked her strategy following the mediocre success of the lead single.