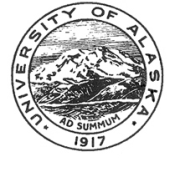 The University of Alaska is a land-grant, sea-grant, and space-grant university founded in 1917 in Fairbanks, .

The UA System consists of three main , each with several satellite campuses in smaller communities. They are:
* , the first and flagship campus;
* , the largest campus; and
* (whose main campus is in the state capital of ).Nearly 33,000 students attend classes between the three campuses.

The University of Alaska Fairbanks (UAF) is home to the world-famous , which operates both the (the only collegiate rocket range in the country) and the , home to the only supercomputer in the Arctic region.

The University of Alaska schools are relatively small, but do have several world-class departments. At UAF, these are most notably the department and those s which take advantage of UA's unique location, including and . At UAS, the School of Management has extended its degree programs state-wide with an innovative asynchronous distance delivery model well suited for the vast distances of "The Last Frontier." Reflecting the state's small population, the land granted to the UA system is the second-smallest grant in the country, leading only . [cite web
last = Johnsen
first = James
title = Reengaging the University: A Case Study of the University of Alaska, 1998-2002
publisher = University of California Berkeley
date =
url = http://www.commonwealthnorth.org/uastudy/reengaging.html
format = HTML
access date = 2007-01-31.]