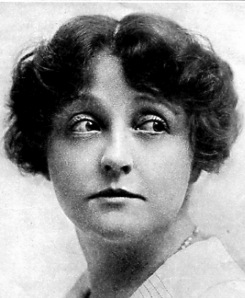 Laura Hope Crews (, , —, in ) was a of movies and stage. The daughter of a stage actress and a backstage carpenter, Crews started acting at age four. Her first stage appearance was at Woodward's Garden. She stopped acting to finish school and then returned to acting in 1898.

Her most widely seen film performance was as "Aunt Pittypat" in the movie "Gone with the Wind" (1939).

She was featured in theatrical productions of plays written by , the English playwright. Milne was particularly impressed by Miss Crews' work in his "Mr. Pim Passes By". The play was a big success and ran for 232 performances. Afterward the actress began to work in productions staged by the New York Theater Guild, which had just opened.

Crews's final stage appearance came in "". She participated for more than a year and a half on Broadway and on the road. She was forced to leave because of illness. She was proudest of her work in "The Silver Cord" by . It was produced by the New York Theater Guild in 1926 and ran for 212 performances. When "The Silver Cord" was not being presented there were matinee performances of "Right You Are If You Think You Are" by .

Crews died in the Le Roy Sanitorium in Manhattan, NY in 1942, following an illness of four months. She had been admitted on , suffering from a kidney ailment and was in serious condition for most of her time there.

She has a star on the . She was the cousin of actor who had co-starred with her in the "Silver Cord" on the stage.