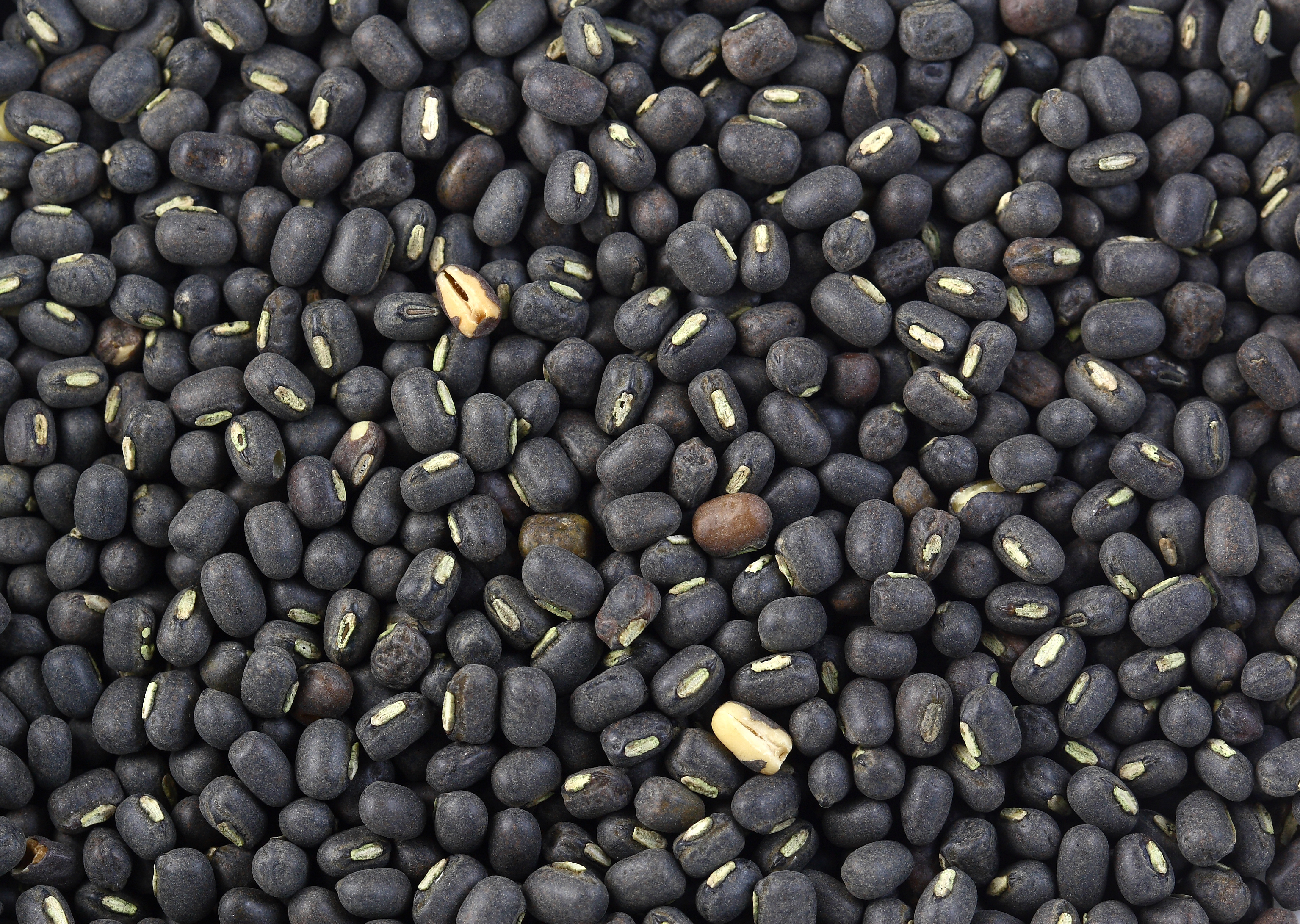 Urad, also referred to as urad dal, urd bean, urd, urid, black matpe bean, black gram, black lentil (not to be confused with the much smaller true black lentil "(Lens culinaris)"), or white lentil ("Vigna mungo"), is a grown in southern . It is largely used to make from the whole or split, dehusked seeds. It, along with the , was placed in "Phaseolus" but has been transferred to "Vigna". It was at one point considered to belong to the same species as the mung bean.

Black gram originated in India where it has been in cultivation from ancient times and is one of the most highly prized pulses of India. It has also been introduced to other tropical areas mainly by Indian immigrants.

It is an erect, sub-erect or trailing, densely hairy annual herb. The tap root produces a branched root system with smooth, rounded nodules. The pods are narrow, cylindrical and up to 6 cm long. The bean is boiled and eaten whole or after splitting into ; prepared like this it has an unusual texture. Ground into flour or paste, it is also extensively used in culinary preparation like , , , and . When used this way, the white lentils are usually used. The white lentils are called "ulundhu" (உளுந்து) in Tamil.

It is very nutritious and is recommended for , as are other pulses. It is very popular in of and where it is known as "maash".