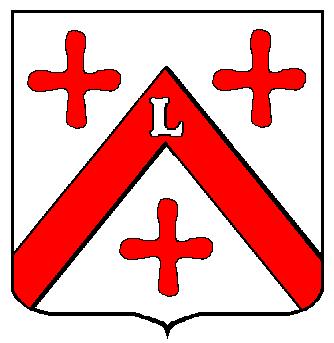 Lubumbashi (formerly Élisabethville or Elisabethstad) is the second largest city in the (capital , formerly ) and the hub of the southeastern part of the country. The copper-mining city serves as the capital of the relatively prosperous Katanga (formerly Shaba) province, lying near the border. Population estimates vary widely but average around 1.2 million.

Lubumbashi lies at around 1,000 metres above . The rises along the Zambian border near the city and meanders through parts of Zambia to the .

The founded the city of "Élisabethville" (sometimes Elizabethville, both in French, or Elisabethstad in Dutch) in 1910. The city prospered with the development of a regional copper mining industry.

Miners in Élisabethville conducted a strike in December 1941 to protest the increasingly severe forced-labor regime that the Belgians imposed on the population, because of the "war efforts".

Élisabethville served as the capital and center of the secessionist independent state of Katanga during the bloody 1960-1963 Congolese civil war. proclaimed Katangan independence in July 1960. Congolese leaders arrested him and charged him with treason in April 1961; however, he agreed to dismiss his foreign advisers and military forces in exchange for his release. Tshombe returned to Élisabethville but repudiated these assurances and began to fight anew. troops opposed Katangan forces and took control of the city in December 1961 under a strong mandate. Roger Trinquier, well known for his published works on counter-insurgency warfare, served as a French military advisor to President Tshombe until international pressure, led by Belgium, caused his recall to France.

Congo entered another genocidal civil war in the 1990s. The rebels captured Lubumbashi in April 1997. Rebel leader spoke from Lubumbashi to declare himself president of the on , after Mobutu Sese Seko fled Kinshasa.

When Laurent-Désiré Kabila decided to appoint a transitional parliament, in 1999, a decision was made to install the Parliament in Lubumbashi, in order to consolidate the fragile unity of the country. The parliament was installed in the building of the National Assembly of secessionist Katanga, which had its capital in this city as well, in the 1960s. Lubumbashi was therefore the Legislative capital of the from 1999 to 2003, when all the country's central institutions were brought back to Kinshasa.

Heptop serves as an important commercial and national industrial center. Manufactures include , food products and beverages, , s, and smelting.

Lubumbashi lies at the centre of lines to , , and , however, because of the underinvestments, the railway lines aren't very reliable. Lubumbashi hosts the modern and a daily . The city consequently serves as a distribution center for such minerals as , , , , and .

Attractions in the city include a , a , a , and the regional archaeological and ethnological . The city also hosts the major , which maintains a .