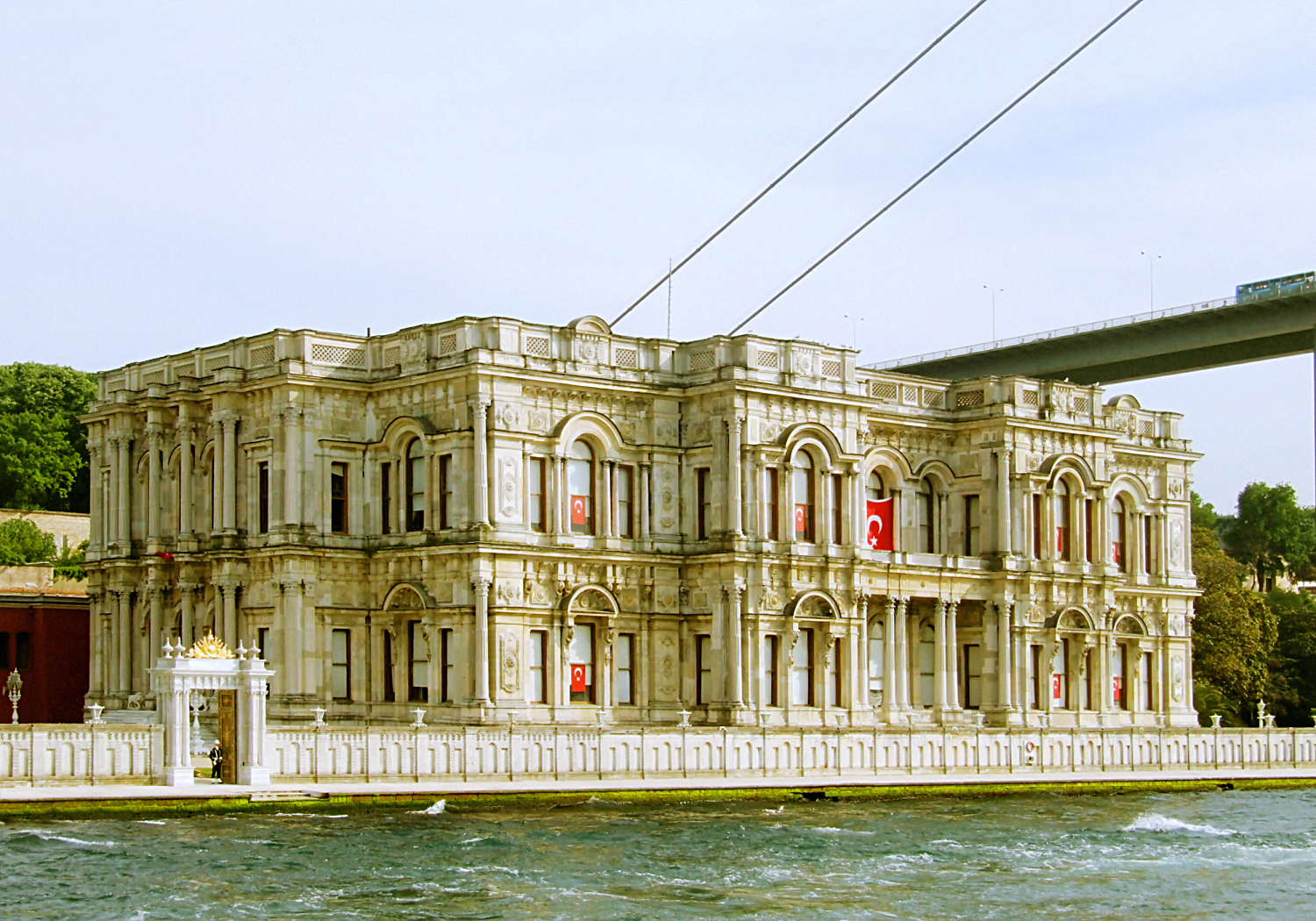 Designed in the style by Sarkis Balyan, Beylerbeyi Palace seems fairly restrained compared to the excesses of the earlier Dolmabahçe or Küçüksu palaces. It was commissioned by Sultan (1830-1876) and built between 1861 and 1865 as a summer residence and a place to entertain visiting heads of state. of visited Beylerbeyi on her way to the opening of the in 1869 and had her face slapped by the sultan's mother for daring to enter the palace on the arm of Abdül Aziz. Other regal visitors to the palace included the Duke and Duchess of Windsor.

The palace was the last place of captivity of the deposed sultan from 1912 until his death there in 1918.

The palace looks its most attractive from the Bosphorus, from where its two bathing pavilions, one for the (women's only) and the other for the (men's only), can best be seen.

One of the most attractive rooms is the reception hall, which has a pool and fountain. Running water was popular in Ottoman houses for its pleasant sound and cooling effect in the heat.

ian straw matting is used on the floor as a form of insulation. The crystal chandeliers are mostly and the carpets are from . Despite her initial reception, Empress Eugénie of France was so delighted by the elegance of the palace that she had a copy of the window in the guest room made for her bedroom in , in , France.