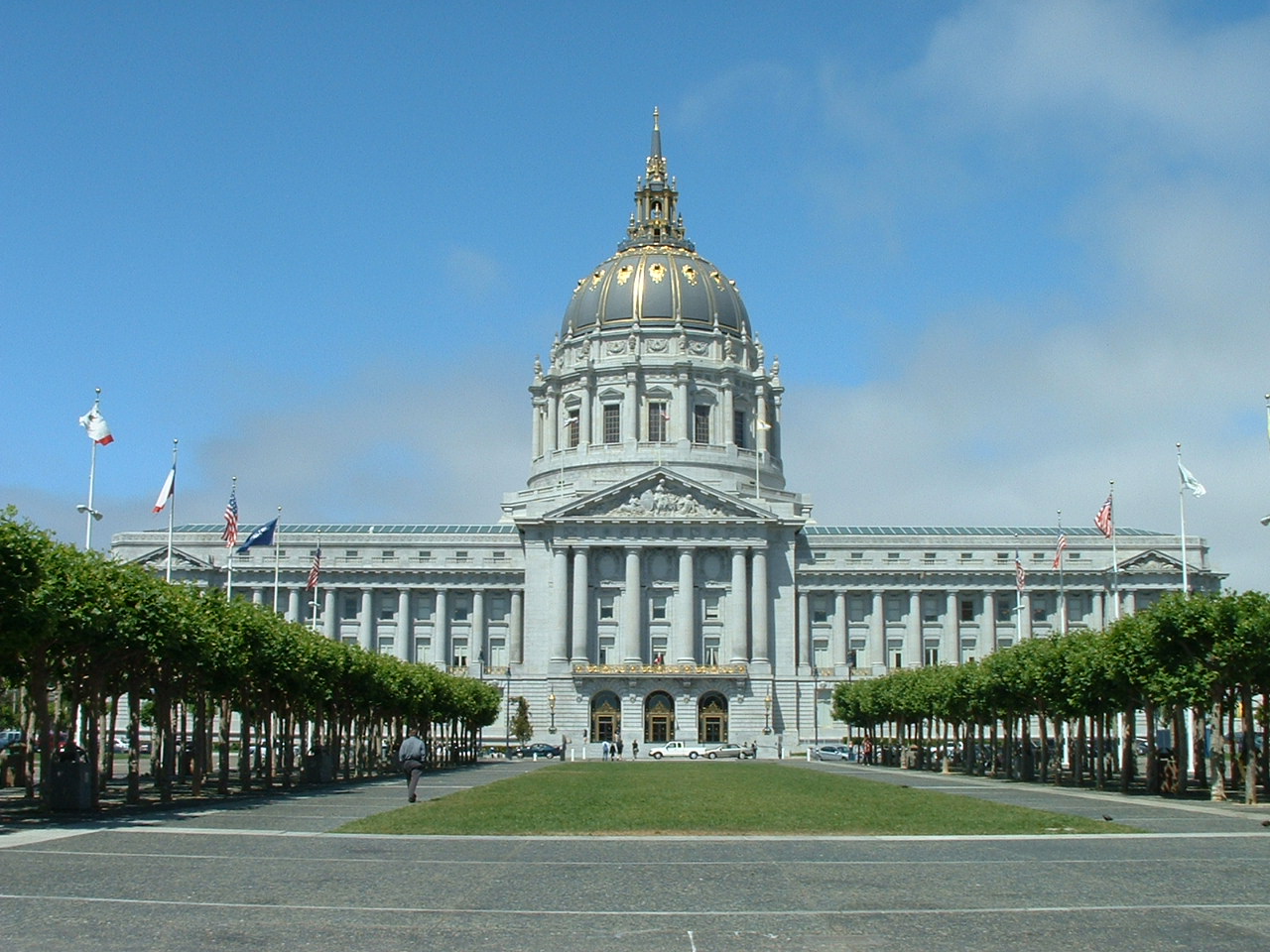 caption = San Francisco City Hall on Civic Center plaza, 2003
location=
lat_degrees = 37
lat_minutes = 46
lat_seconds = 45
lat_direction = N
long_degrees = 122
long_minutes = 24
long_seconds = 57
long_direction = W
locmapin = California
area =
built =1912
San Francisco's Civic Center is an area of a few blocks north of the intersection of Market Street and Van Ness Avenue that contains many of the city's largest government and cultural institutions. It has two large plazas (Civic Center Plaza and United Nations Plaza) and a number of buildings in classical architectural style. The Exposition Auditorium is the only remaining building from the . The was signed in the Herbst Theatre here in 1945, leading to the creation of the . It is also where the post WWII peace treaty with was signed. It is designated a in 1987.

Its beauty is marred, however, by a reputation for being one of the more popular parts of the city for the and the drug addicted. In recent years the homeless have been pushed out of the central part and now congregate mainly at its Market Street edge.Fact|date=February 2007 It is the locale of many rallies, demonstrations, and festivals.

The United Nations Plaza was created in 1975, when the subway was constructed under Market Street. The convert|2.6|acre|m2|sing=on pedestrian mall was designed by . [2.6 acres, 1975, part of BART construction, Halprin as designer: [http://www.ci.sf.ca.us/site/mayor_page.asp?id=30529] ]

Civic Center Station is a subway stop for both BART and the . The historic streetcar line and many Muni bus lines run nearby.