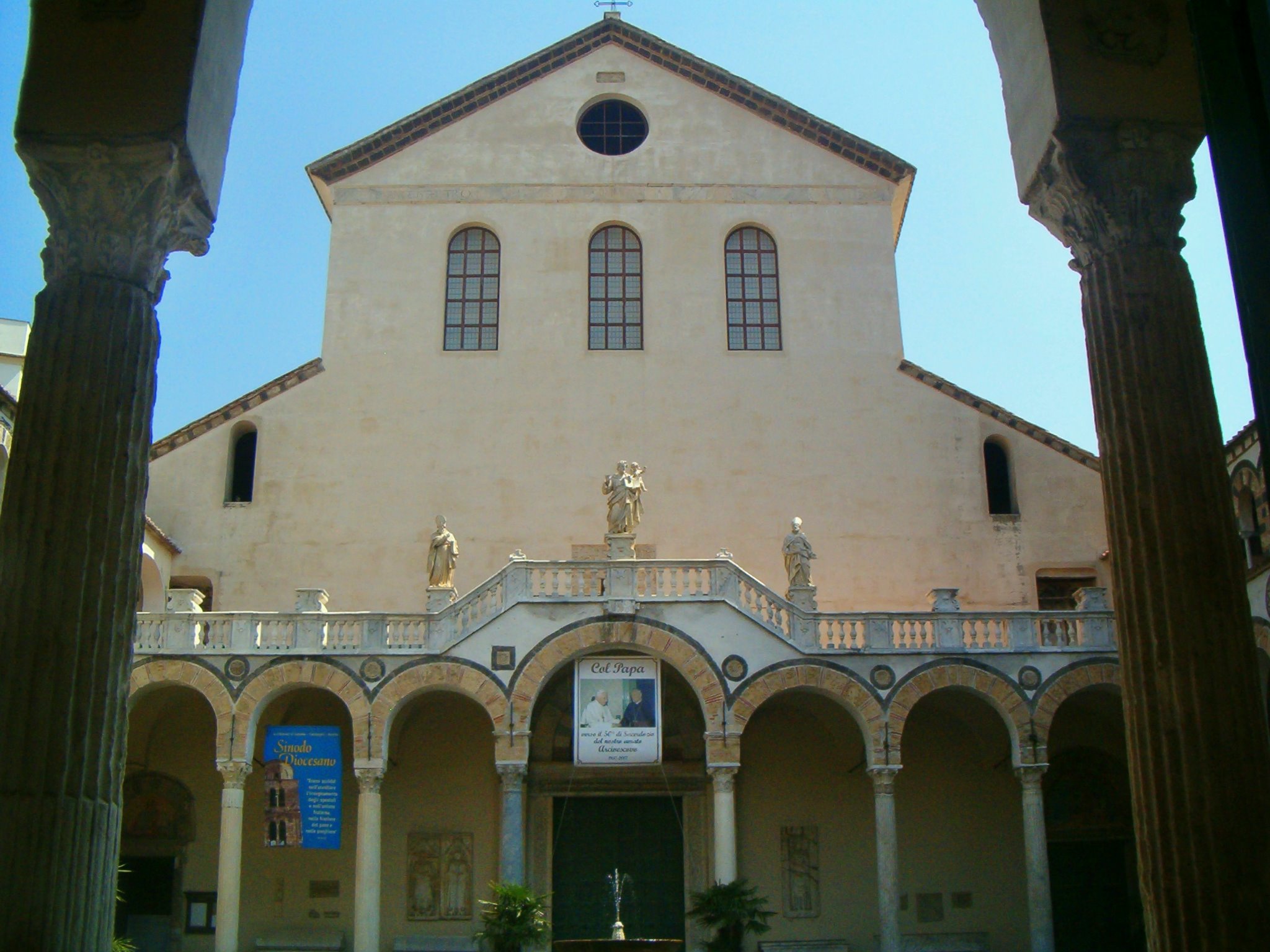 Salerno Cathedral (or ) is the main church of the city of in southern . It is considered the main tourist attraction of the city.

It is dedicated to , one of the four Evangelists, whose tomb is inside the "Cripta".

The Cathedral was built at the center of the "Longobard and Norman" Salerno, when the city was the capital of the in southern Italy (that stretched from the gulf of to the ).

Begun by in during the episcopate of Alfano I on a pre-existing church (in turn erected over a Roman temple's ruins), the Duomo was consecrated by in .

It was several times modified in the following centuries. In 1688 the architect remodeled in Neapolitan Baroque and Rococo Architecture the interior of the Duomo. Finally, a restoration in the 1930s brought it back to an appearance similar to the original one.Historically the Duomo is remembered as the initial symbol of the Italian , because inside there it is the tomb of Pope Gregory VII, the "Pope of Canossa" who started the rejection from Italy of the German domination of the .

The Duomo was damaged during the , when the landed in Salerno in September 1943, during .

The most striking external feature is the bell tower (mid-12th century), with small arcades and mullioned windows, standing 56 m high and in Arabic-Norman style. The façade has a Romanesque portal with Byzantine-style bronze doors from (1099), with 56 panels with figures, crosses and stories from Jesus's life. The entrance has a portico with 28 antique columns whose pointed arches, with rock , show influence of Arab art, and contains a series of ancient Roman .

The interior has a nave and two aisles, divided by pilasters in which the original columns are embedded, and three s. Artworks include two pulpits with mosaic decorations, paintings by , a 14th century Gothic statue of "Madonna with Child" and the sepulchres of queen , of and of archbishop Bartolomeo d'Arpano, and the tomb of Gregory VII.

The crypt, believed to house the remains of St. Matthew, is a ed hall with a basilica-like plan divided by columns. It was restored under design by in 1606-1608, with marble decorations added in the 18th century.

The Duomo Museum houses artworks from different ages, including the silver statues of the Salernitane Martyrs (13th century) and documents of the renowned (the first University of Europe, according to some scholars like G. Crisci).