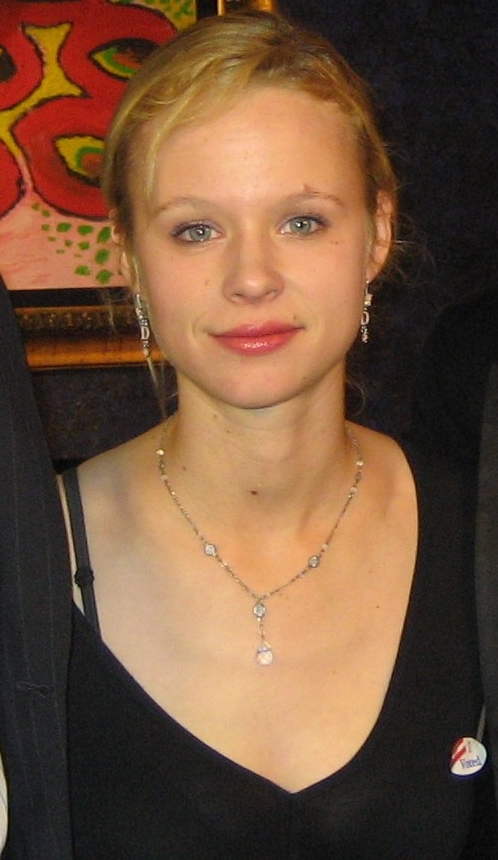 Birch was born in , the eldest child of Jack Birch and Carol Connors. Both her parents (who have managed her career and remain her managers right up to the present day) were former actors; her mother appeared in the film "Deep Throat". [cite web |title=Thora Birch |work=Actress of the Week |publisher=AskMen.com |accessdate=2006-07-15
url=http://www.askmen.com/women/actress_100/146_thora_birch.html] Birch, who has a brother named Bolt Birch, is of Jewish, Nordic, and Italian descent. The name 'Thora' is a feminized form of the name , the of the Sky and of Thunder in . From an early age, Birch was encouraged by her parents to audition for commercials. She landed several parts representing companies such as and Vlasic Pickles. In 1988, she broke into acting when landing the role of Molly in the short-lived television series "Day By Day" in which she was billed simply as "Thora." That same year she won a role in the movie "Purple People Eater" opposite and , for which she won a Youth In Film Award for her performance.

Birch's breakthrough role came in 1991 when she was cast as '' Billie Pike in the movie "Paradise" which also starred , and . To obtain the role, she had to compete with more than 4,000 other young hopefuls who auditioned for it. Birch received critical praise for her performance.

Birch's performance in the 1995 film "Now And Then" teamed her with , , , and . Directed by Lesli Linka Glatter, the film is about four friends who have been so preoccupied with their own lives that they have not seen one another for some time until the impending birth of one of their babies reunites them. Upon reuniting, they reminisce about events during the summer of 1970, when they were 12, which were ultimately influential in shaping their lives. It was during that summer, a mixture of both happy and sad events, that they realized that adulthood was fast approaching, that they began to work out what life was about and what they wished to do with their own lives. They also promised to be there for another, hence the reason why they were reuniting for the birth of the baby. The film was a female take on the film "Stand By Me".

In 1996, she landed a leading role in the adventure film, "Alaska" (1996). She played the role of Jessie Barnes, who has moved to Alaska with her father (played by
) and brother after the death of her mother. Her father is a former airline pilot and upon moving to Alaska, he starts earning a living by delivering supplies to small towns in the Alaskan wilderness in his light aircraft. While making a delivery, his plane crashes into a mountainside. Concluding that not enough was being done to locate him, Jessie and her brother set out on a successful attempt to find him with the help of a baby polar bear.

After guest-starring appearances in the "", "Promised Land" and "", Birch took a break from acting. In 1999, she returned in the made-for-TV movie "Night Ride Home" and also took a small uncredited role in the film "". She was initially cast in the role of Tammy Metzler in the dark-comedy "Election", but ended up leaving after only the third day of filming due to disagreements with director/writer . was then given the role of Metzler.

Later in 1999, Birch won enormous critical praise playing the role of Jane Burnham in "American Beauty" and was nominated for a award. The movie itself went on to win the . As Birch was barely 17 at the time she made the film, and thus classified as a minor in the United States, her parents had to approve her brief topless scene in the movie and they and child labor representatives were on the set for the shooting of it. [" [http://www.rottentomatoes.com/celebrity/thora_birch/biography.php Thora Birch] ". rottentomatoes.com. Retrieved on October 04, 2008.]

Birch's most notable roles since 2001 have been that of Liz Murray in "" (2003) and April in "Slingshot" (2005). Recent films include "" (in which she appeared in the lead role as a woman who wakes up one day as a different person and ends up being stalked by gruesome creatures), "Tainted Love", and "".

An incident during the filming of the last of these has proven controversial.

A source told the New York Post newspaper: "It was so wrong. The director is saying, 'Harder! Faster!' and the father is giving Winters the thumbs up." [ [http://www.lifestyleextra.com/ShowbizNews.asp?Code=AU298009N&headline=thora_birchs_fatherly_sex_advice "Thora Birch's fatherly sex advice", Life Style Extra (UK), 3/29/07] ]

Birch will next star in the film "Train" alongside her brother, Bolt Birch. The movie entails a trip to Europe for a group of American college athletes who unknowingly board a train that is occupied by a brutal killer. Birch has also been negotiating to have a part in the 2009 film "Frail". [" [http://www.newswiretoday.com/news/10390/ Fail Launches into Production in Vancouver Canada] ". Newswire, 2006. Retrieved on October 04, 2008.]

Birch has indicated that she aspires to become a director and has recently begun directing short video sketches for a sketch comedy troupe called . The sketches can be seen on her official website.