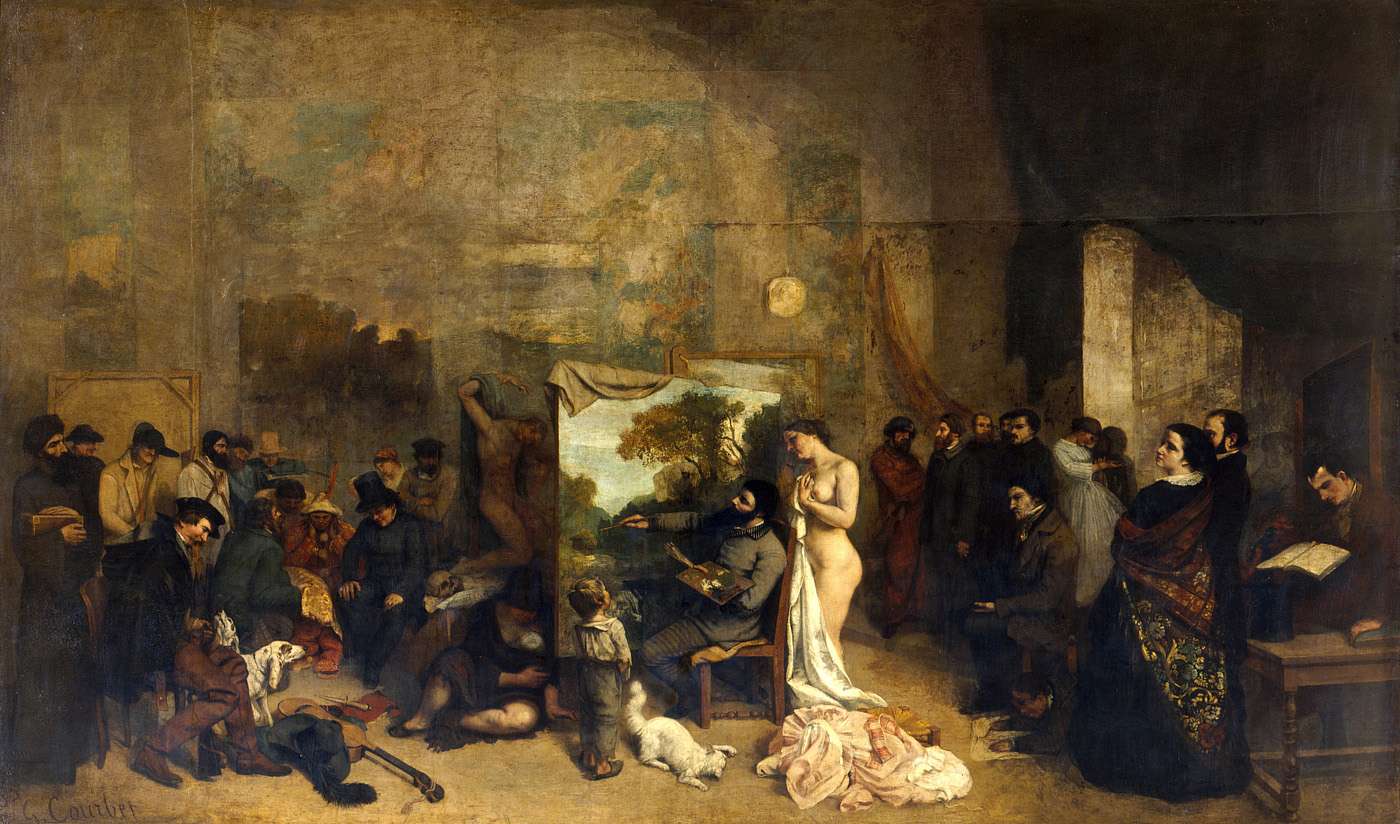 "The Artist's Studio (L'Atelier du peintre): A Real Allegory of a Seven Year Phase in my Artistic and Moral Life" is an 1855 oil painting on canvas by . It is located in the in , France.

Begun in late 1854, he completed it in six weeks. "The world comes to be painted at my studio" said Courbet. The figures in the painting are allegorical representations of various influences on Courbet's artistic life. On the left are human figures from all levels of society. In the center, Courbet works on a , while turned away from a nude model who is a symbol of academic art tradition. On the right are friends and associates of Courbet including writers and , , and .

The 1855 Paris World Fair's jury accepted eleven of Courbet's work, but refused this one. So, in an act of self promotion Courbet, with the help of Jacques-Louis-Alfred Bruyas, opened his own exhibition close to the official exposition; this was a forerunner of the various . Very little praise was forthcoming, and was one of the few painters who supported the work.Influenced by 's , this work in turn influenced in two of his early paintings: "The Old Musician" and "La Musique aux Tuileries".