Fallowfield is a suburban locality in the city of Manchester, England. It lies roughly 3 miles (4.8 km) south of Manchester city centre and is bisected north–south by Wilmslow Road and east–west by Moseley Road and Wilbraham Road. The former Fallowfield Loop railway line, now a cycle path, follows a route nearly parallel with the east–west main road. The local McDonald's had the first drive-through in Europe.

The area has a very large student population. The University of Manchester's main accommodation complex – the Fallowfield Campus – occupies a large area in the north; these are adjacent to the university's Owens Park halls of residence and the Firs Botanical Grounds. In the north-west of the suburb is Platt Fields Park formed from part of the land which once belonged to the Platts of Platt Hall.

The early medieval linear earthwork Nico Ditch passes through Platt Fields Park in Fallowfield; it was probably used as an administrative boundary and dates from the 8th or 9th century.[1]

Early Fallowfield was an ill-defined area north of Withington until the mid-19th century. The first mention of Fallowfield is in a deed of 1317 (as "Fallafeld"). During the 14th century at least part of the land in Fallowfield was held by Jordan de Fallafeld. In 1530 it was mentioned as "Falowfelde". Withington formed a sub-manor within the large Manor of Manchester. The Platt Estate in the north was first owned by the Platts and later by the Worsleys. The building of Wilbraham Road to connect Fallowfield with Edge Lane in Chorlton-cum-Hardy in 1869 enabled development west of the Wilmslow Road crossing. Some wealthy people (e.g. Joseph Whitworth, "The Firs", and the Behrens family, "The Oaks") built mansions in the area and in the early 20th century the university began to establish halls of residence (the earliest being Ashburne Hall, 1910, in a house donated by the family of Behrens) which have since become very extensive. There was a second period of building houses by members of the prosperous middle class in the 1850s: these included Egerton Lodge, Norton House and Oak House, while the Manchester architect Alfred Waterhouse built Barcombe Cottage as his own home on Oak Drive.[2]

Under the Poor Law Fallowfield formed part of the Chorlton Poor Law Union (administered from Chorlton-on-Medlock). From 1876 to 1894 Fallowfield was included in the area of the Withington Local Board of Health which was replaced by the Withington Urban District Council in 1894. (In 1895 Rusholme and the northern part of Fallowfield were incorporated into the city of Manchester. In 1904 the whole of the urban district was absorbed into the city of Manchester, though until 1914 there was a separate Withington Committee of the Corporation and rates were lower than in the rest of the city.

In 1891 Fallowfield railway station on the Manchester, Sheffield and Lincolnshire Railway's line from Chorlton-cum-Hardy to Fairfield was opened. During the first half of the 20th century the Manchester Corporation tramway on Moseley and Wilbraham Roads provided access to other southern suburbs and via Princess Road to the city centre.[3] In 1986 the UK's first drive-through McDonald's opened in Fallowfield[citation needed] and more recently a Sainsbury's supermarket has been opened on the site of the railway station.

Fallowfield ward (which does not coincide with the area popularly known as Fallowfield) is represented on Manchester City Council by three Labour councillors, David Royle, Peter Morrison and Michael Lee Amesbury.[4] It is part of the Manchester Gorton Parliamentary Constituency held by Sir Gerald Kaufman. Included in the Fallowfield ward is Platt Fields Park and the Gita Bhavan Hindu Temple in Withington Road, Whalley Range, as well as William Hulme's Grammar School and Whalley Range High School.

Ladybarn is the part of Fallowfield to the south-east. Chancellors Hotel & Conference Centre is used by the University of Manchester: it was built by Edward Walters for Sir Joseph Whitworth,[5] as were the Firs Botanical Grounds.

The Holy Innocents Church (Anglican) stands on Wilbraham Road: the church was built in 1870–72 by the architects Price & Linklater using sandstone masonry. The style is Gothic revival and in 1983–84 the interior of the church was altered to designs by the Ellis Williams Partnership. The church was damaged by fire in 1954. The tower is at the south-east corner and is topped by an octagonal spire. The stained glass windows are mostly of the 1890s. After the closing of the nearby parish church of St James, Birch, in 1979 the two parishes were united under the name of the parish of Holy Innocents and St James.[6] There is a student-friendly independent church meeting in a nearby building (Ivy Fallowfield Church in a club service){churchinaclub.co.uk} and there is a Union Baptist Chapel not far away southwards. There is also a Seventh-Day Adventist Church in Wilbraham Road.

Wilbraham Road is also the site of the stylistically eclectic and, for its time, structurally innovative former South Manchester Synagogue (1913–2003); the building has been converted to other uses.

For more details on this topic, see Platt Chapel.

The chapel is on Wilmslow Road south of Grangethorpe Road and was a family chapel of the Worsleys of Platt Hall built in 1699. The present building is a rebuilding of 1790 modified in 1874–75. The congregation began as Independents (Congregationalists) and became Unitarian during the early 19th century. Since it ceased to be used for worship in 1970 it has been used by various local societies (from 1977). The graveyard, which used to be larger, is surrounded by Platt Fields Park.[7]

Lady Barn House School, an independent primary school, was founded in Fallowfield in 1873 by W. H. Herford and took its name from the existing house which became its second home. In the 1950s it moved to Cheadle, Cheshire in the 1950s. Other schools and colleges in Fallowfield are the Holy Innocents Primary School (the former school buildings are next to the Holy Innocents Church and have been converted to other uses, they were built in 1882 to the designs of F. H. Oldham), Manchester Grammar School in Old Hall Lane, Moseley Road School (Levenshulme High School and Lower School), the Princess Christian College on Wilbraham Road, and the Hollings College (The "Toast Rack") campus of the Manchester Metropolitan University at the junction of Old Hall Lane with Wilmslow Road.[8][9] 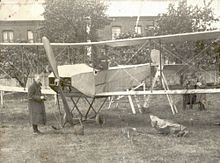 The first flight into Fallowfield was made in 1912; the pilot was Mr Yoxall who flew the Avro 500 biplane from Trafford Park Aerodrome into a temporary air strip[citation needed]

Fallowfield has an excellent bus service along Wilmslow Road and other services connect it with Levenshulme and Chorlton-cum-Hardy. It also has Mauldeth Road railway station on the Styal Line.

Fallowfield railway station was located on Wilmslow Road. What remains of the station building has been converted into a public house; the rest of the site is occupied by a Sainsbury's supermarket and a block of flats.

The 1893 FA Cup final was played at Fallowfield Stadium, in which Wolverhampton Wanderers beat Everton 1-0, with Harry Allen scoring the only goal of the game. The stadium also hosted the cycling events for the 1934 British Empire Games,the Amateur Athletic Association championships in 1897 and 1907 and two Northern Union (later Rugby League) Challenge Cup finals in 1899 and 1900. It was demolished in 1994, and the site is now Manchester University's Richmond Park Halls of Residence.[10]