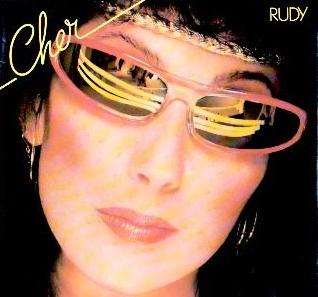 Lower caption = Alternative cover"Rudy" is the first U.S. single release from American singer/actress 's eighteenth studio album "". Although the album was fairly promoted no music video was ever made for this song. The ultimate result of bad promotion was the failure in charting.