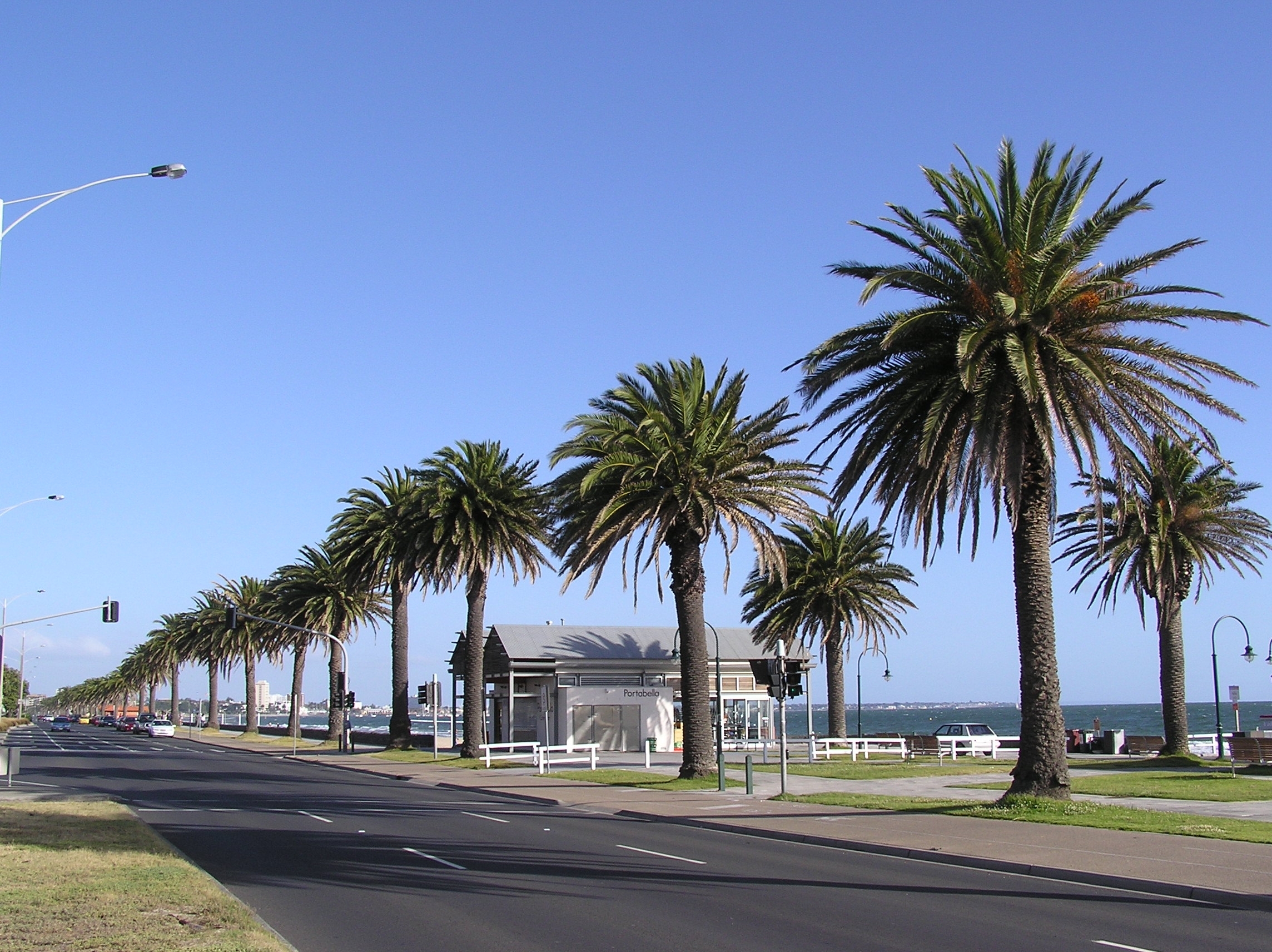 The suburb is characterised by wide streets, open air cafes and many parks.

* Albert Park - the massive Albert Park Reserve, (formerly South Park in the 19th century until it was also renamed after Prince Albert) is nearby. It is a significant state park managed by . It is also known as the site of the , home to the each March; usually on the Labour Day weekend.
* Bridport Street - centre of affluent living [ [http://albertpark.melbourneaustralia.com.au/regions/suburb/ MelbourneAustralia.com.au suburb information] "Albert Park - Home of the Australian F1 Grand Prix" Accessed September 30, 2006.]
* Victoria Avenue - known for its cafes, delicatessens and boutiques
* Kerferd Road - Kerferd Road is a royal boulevard of elm trees with a giant reserve between flanked on either side by an unusual array of eclectic semi-detached Edwardian homes
* Kerferd Kiosk - an iconic Edwardian pavilion
* Kerferd Pier - terminates Kerferd Road and is a jetty out onto Port Phillip Bay. Many use it for fishing. Sharks have occasionally been found around the pier.
* Beaconsfield Parade - a main thoroughfare between St Kilda and Port Melbourne which runs along the Port Phillip Bay foreshore and is flanked by grand buildings and Victorian terrace homes
* Victoria Hotel - a grand hotel (formerly a ) built in 1887 on Beaconsfield Parade - now apartments and cafe bar.
* The Biltmore - a former Coffee Palace converted into apartments in the 1990s.
* Andrew's Hamburgers - known for their succulent, mouth-watering hamburgers, since 1957. Have also been featured in the on numerous occasions.
* - the most important 'square' development in Victoria, if not Australia, based on similar models in London
* - large swimming centre which hosted the squash, swimming and diving events. MSAC has basketball and table tennis courts too.
* - Large specially designed for . As well as being the home of , the venue has also hosted games by the [ [http://www.ozfootball.net/ark/Socceroo/1996A.html Socceroo 1996 Matches ] ] , Young Socceroos, Australia's national women's team the , and home games and finals of in the and competitions.

s first inhabited the area that is now Albert Park around 40,000 years ago. The area was a series of swamps and lagoons.

The main park after which the suburb was named was declared a public park and named in 1864 to honour Queen Victoria's consort, Prince Albert. [Kennedy, B: "Australian Place Names", page 3. ABC Books, 2006]

Albert Park was used as a , a and for recreation before the was built.

The suburb of Albert Park extends from the St Vincent Gardens to Beaconsfield Parade and Mills Street. It was settled residentially as an extension of Emerald Hill, South Melbourne.

[http://www.heritage.vic.gov.au Heritage Victoria] notes that Albert Park's "is historically important as the premier 'square' development in Victoria based on similar models in London. It is significant as the largest development of its type in Victoria and for its unusual development as gardens rather than the more usual small park" and "was first laid out in 1854 or 55, probably by , the [http://www.land.vic.gov.au/land/lcnlc2.nsf/childdocs/-418EED712A81C5AE4A256A0A0015CDC1-4D90CA6920C647A04A256A50000D72DE-623521E6A8D0C6BE4A256A0A001E4B02-4B45779CBB6B7E224A2568B9000EE889?open Surveyor-General of Victoria] . The current layout is the work of , the noted surveyor, and , who adapted the design in 1857 to allow for its intersection by the St Kilda railway. The precinct, which in its original configuration extended from Park Street in the north to Bridport Street in the south, and from Howe Crescent in the east to Nelson Road and Cardigan Street in the west, was designed to emulate similar 'square' developments in London, although on a grander scale. The main streets were named after British naval heroes. The development of the special character of St Vincent Place has been characterised, since the first land sales in the 1860s, by a variety of housing stock which has included quality row and detached houses and by the gardens which, although they have been continuously developed, remain faithful to the initial landscape concept.""

St Vincent's is a garden of significant mature tree specimens registered with the National Trust and is locally significant for the social focus the gardens provide to the neighbourhood. Activities in the park range from relaxing walks, siestas to organised sports competition. The Club was established in 1873 and the Tennis Club established 1883 on the site of an earlier croquet ground."

The suburb was named after Prince Albert (Queen Victoria's late husband), after his tragic early death in the mid 19th century.

The suburb has been home to the since 1996 and there have been protest's by the Save Albert Park group about the grand prix being in Albert park since 1995. In preparing the Reserve for the race many trees were cut down and replaced during landscaping, roads were improved and World War II facilities were demolished and funds injected for larger, more modern replacement facilities, most notably the Melbourne Sports and Aquatic Centre. Today, the lake circuit is popular with strollers, runners and cyclists. Dozens of small yachts sail around the lake on sunny days. In December 2006 Polo (with horses) returned to Albert Park reserve after an absence of 100 years. Albert Park is also home to .

* - the former local government area of which Albert Park was a part.