Tribute to the Gods

Tribute to the Gods 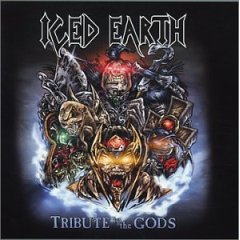 "Tribute to the Gods" is a tribute/cover by heavy metal band . It is notable as the last Iced Earth album featuring Larry Tarnowski on lead guitar, and the last featuring singer on vocals until his 2007 return, and their last album with . This record technically was first released the year before in the "", but was re-released as a standalone disc in 2002.