Mexican literature is one of the most prolific and influential of the Spanish language along with the literatures of Spain, Argentina and Cuba. It has internationally recognized authors such as Juan Rulfo, Octavio Paz, Carlos Fuentes, Amado Nervo and several others. Mexico's literature has its antecedents in the literatures of the indigenous settlements of Mesoamerica. However, with the arrival of the Spanish there was a hybridization process called "mestizaje," which then gave way to an era of creolization of the literature produced in New Spain. The mixing of the literature of New Spain is evident in the incorporation of many terms commonly used in the common local tongue of the people in colonial Mexico as well as some of the topics touched in the works of the period which reflected local views and cultures. During this period, New Spain housed baroque writers such as Bernardo de Balbuena, Carlos de Sigüenza y Góngora, Juan Ruiz de Alarcón and Sor Juana Inés de la Cruz.

Toward the end of the colonial period there emerged such figures as José Joaquín Fernández de Lizardi, whose work is considered emblematic of Mexican picaresque. Due to the political instability of the 19th century, Mexico—already an independent nation—saw a decline not only in its literature but in the other arts as well. During the second half of the 19th century Mexican literature became revitalized with works such as Los Mexicanos Pintados Por Si Mismos, a book that gives us an approximate idea of how intellectuals of the period saw their contemporaries. Toward the end of the century Mexican writers adopted the common tendencies of the period. Two modernist poets that stand out are Amado Nervo and Manuel Gutiérrez Nájera. 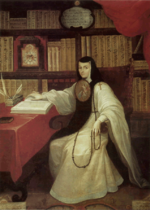 The inception of the Mexican Revolution favored the growth of the journalistic genre. Once the civil conflict ended, the theme of the Revolution appeared as a theme in novels, stories and plays by Mariano Azuela and Rodolfo Usigli. This tendency would anticipate the flowering of a nationalist literature, which took shape in the works of writers such as Rosario Castellanos and Juan Rulfo. There also appeared on the scene an "indigenous literature," which purported to depict the life and thought of the indigenous people's of Mexico, although, ironically, none of the authors of this movement were indigenous. Among them Ricardo Pozas and Francisco Rojas Gonzalez stand out.

There also developed less mainstream movements such as that of the "Estridentistas", with figures that include Arqueles Vela and Manuel Maples Arce (1920's). Other literary movements include that of Los Contemporáneos, which was represented by writers like Salvador Novo, Xavier Villaurrutia and José Gorostiza. Toward the end of the 20th century Mexican literature had become diversified in themes, styles and genres. In 1990 Octavio Paz became the first Mexican—and up until this point the only one—to win the Nobel Prize for Literature.

Literature of the Pre-Columbian peoples of Mexico 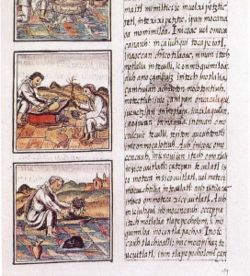 Page 51 of Book IX from the Florentine Codex. The text is in Nahuatl written with a Latin script.

While the peoples of Mesoamerica developed systems of writing, these were not often used to preserve the literature of these peoples. Most of the myths and literary works of the indigenous peoples of Mexico were transmitted by oral tradition. We know, for example, that the activities that were to dominate the novices of priests among the Mexica was the memorization of lyrical works or mythology of their people.[1] Some of these productions were permanently fixed by writing them down using the Latin alphabet that the missionaries of the 16th century used to transcribe the information they received from the native inhabitants. Modern scholars such as Angel Maria Garibay K. and Miguel Leon-Portilla, have translated these works which were once dispersed in several texts and have reunited or reviewed these works in publications such as in "Visión de los vencidos. Relaciones indígenas de la Conquista" or "Historia de la literatura Náhuatl."

The works of Spanish missionaries in central Mexico contributed to the preservation of the oral tradition of the Nahuatl speaking peoples by writing them down on paper using the Latin alphabet. In this regard the lyrical works of Acolmiztli Nezahualcoyotl (1402–1472), tlatoani of Texcoco, were preserved and passed down to posterity giving the author the title of Poet King. His works, along with other nobles of the nahuatlaca peoples of the Altiplano such as Ayocuan of Chalco-Atenco, and Tecayehuatzin of Huexotzinco, constitute the largest sample of pre-Columbian works and philosophical lyrics preserved into the modern era. There are also smaller stocks of Postclassic Era literature recovered among other peoples such as the Purépecha, the Zapotec and Mixtec. The Case of the Mixtec is special as four codices have been preserved which have led to an approach to the study of the history of these people under the imprint of Eight Deer, Lord of Tututepec and Tilantongo. Moreover, in the Mayan world there are preserved fragments called Books of Chilam Balam. Another well known pre-Columbian literature is that of the Quiché people who did not inhabit the current Mexican territory, but rather, lived in what is now Guatemala. The Popol Vuh (Book of Counsel) was written in the Quiché language and incorporates two Mayan cosmogonical myths: the creation of the world and falling of Hunahpu and Xbalanque into Xibalba which is the underworld of the Maya.

Outside of Mesoamerica, Arturo Warman forwarded the hypothesis that the verses sung by the Yaquis and Mayo musicians during the performance of the Danza del Venado have their origin in pre-Columbian times and have survived to this day with very little change since then.

Among the prehispanic people there flourished: